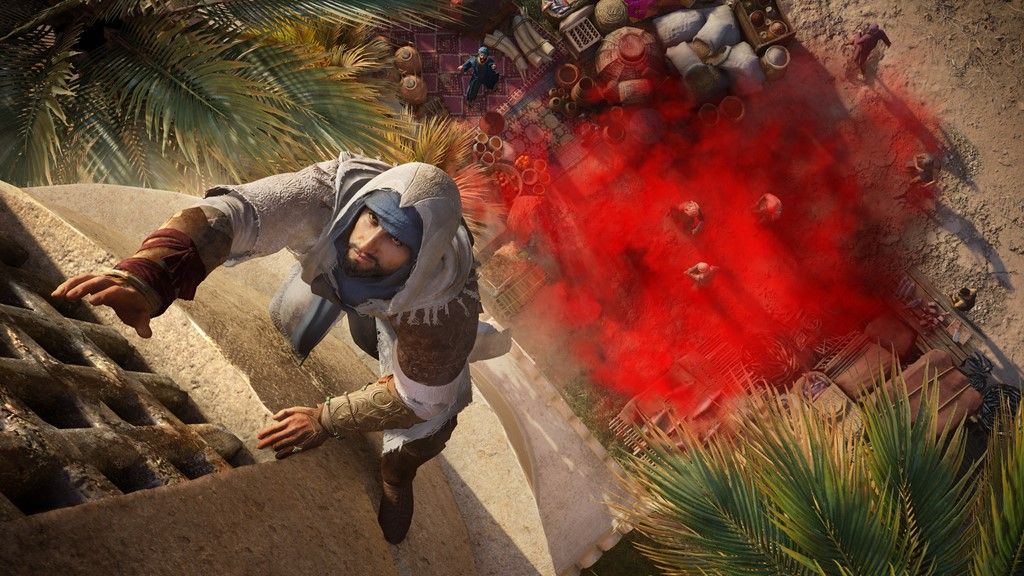 Ubisoft has revealed that the upcoming Assassin’s Creed Mirage will return to its roots to deliver a more focused experience that pays homage to the original games.

in An interview with GamesRadar (opens in new tab) Regarding Assassin’s Creed Mirage, creative director Stéphane Bowdon explained that the developer is listening to fans of the series who want to see the series return to a more streamlined experience. “Building the Mirage has been a convergence of many inputs,” said Bounden. “We began to hear a desire for character-driven storytelling that previously focused on AC mainstays on a more intimate scale. This resonated with us as well as the developers, and was the starting point of the project.”

After a handful of large-scale, larger-than-life Assassin’s Creed games — looking at you, Valhalla — it’s nice to hear that Mirage will be a little more intimate.

Set in the 9th century, Mirage gives us the first steps of Valhalla’s antagonist, Basim, and his journey from a young man to a master assassin. After losing his mother at a young age, Basim lived on the streets of Baghdad. It was here that he first began to dream of joining the Hidden Ones, a secret group of assassins.

With Basim on his journey to become the most versatile assassin in franchise history, parkour and stealth are set to take center stage, just as they did in the original games.

Mirage will also provide lots of opportunities for exploration. Set in the vibrant city streets of Baghdad during the Golden Age, will offer four unique districts to investigate. And while it will certainly be fun to explore the rooftops of industrial karkhs or meander through lush gardens in Gol City, I can’t wait to discover all the secrets hidden within this bustling metropolis. Here’s hoping the map is on the smaller end of the scale.

As a fan of Norse mythology, I was initially very excited to play Assassin’s Creed Valhalla. Unfortunately, what started out as a feast became a chore as I felt like I had to complete every single quest to progress in the game. In a world where open-worlds are part and parcel of the RPG experience, I’m finding the constant massiveness of open-world games exhausting.

Every time I logged on, I was greeted by the dreaded view of a cluttered map filled with various quests in every shade of the rainbow. As someone who prefers to eat vegetables first, I felt a strange need to complete all the different and potentially pointless quests before getting to the main story.

Chasing floating leaves of paper or finding cats for an old lady isn’t exactly what I thought of when thinking of a Viking-themed Assassin’s Creed game. While some of these extra functions can be a fun way to lighten the mood, for me, this lack of seriousness is what made the original games so enticing.

I can try to find cats or chase leaflets any time, but roleplaying as an undercover assassin in 9th century Baghdad is not an opportunity I regularly get. With that in mind, I’m glad to see Ubisoft going back to the drawing board to create a more intimate game that stays true to the core of the franchise.