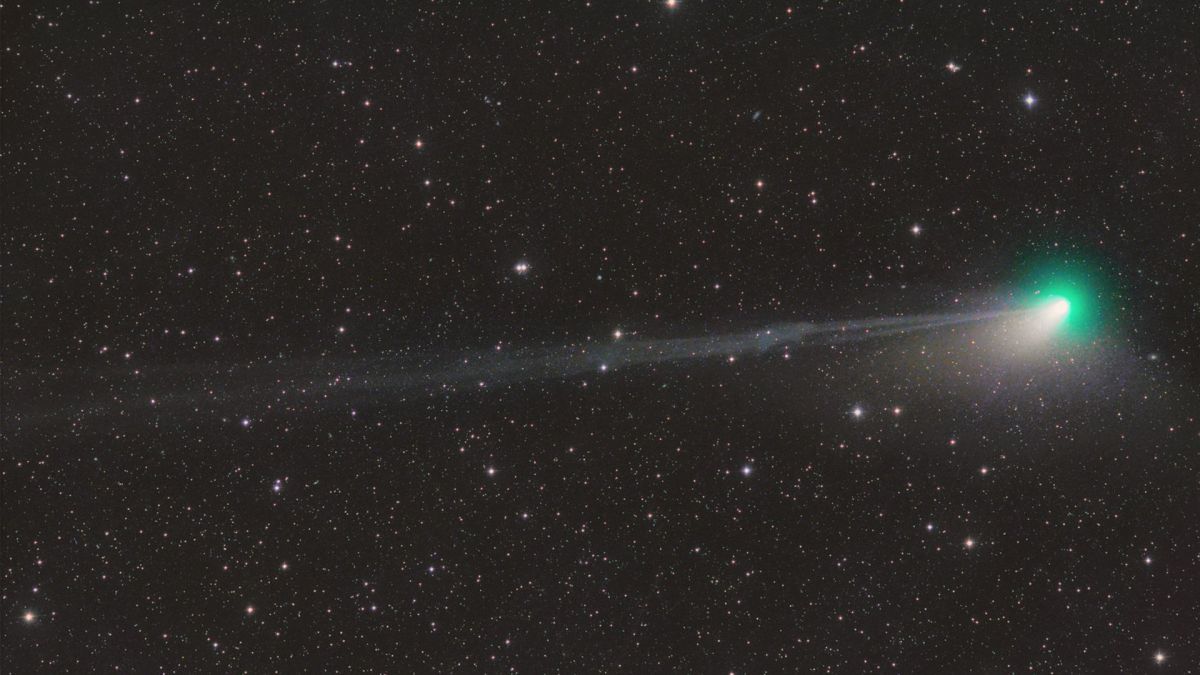 An image taken by an Austrian comet hunter reveals a disconnection in the tail of a stunning green comet that may be caused by turbulent space weather.

Veteran astrophotographer Michael Jaeger took this photo of Comet C/2022 E3 (ZTF) on Tuesday (Jan. 17) after driving 500 miles (800 kilometers) from Austria to Bavaria in Germany to capture a clear view of the night sky. Jagger shared the picture on twitter (opens in new tab)More pictures of the comet with video.

“The trip was not in vain,” Jaeger told Space.com in an email. He added that when it comes to capturing images of comets, an astrophotographer can waste no time because these icy spheres change rapidly when they reach hotter regions in the inner solar system.

This particular image shows what astronomers call a disconnection event, essentially a weakening in the comet’s signature tail, which makes it look as though the tail was breaking off.

According to SpaceWeather.com (opens in new tab), this disruption in the tail is caused by turbulent space weather, namely a stronger than normal solar wind that has been released during recent coronal mass ejections (CMEs). CMEs are bursts of highly energetic particles from the Sun’s upper atmosphere, the corona, that travel throughout the Solar System, interfering with the atmospheres of planets and other bodies.

SpaceWeather.com wrote, “Comet ZTF has had a piece of its tail stripped off and is being carried away by the solar wind.” “CMEs colliding with comets can cause magnetic reconnection in comet tails, sometimes ripping them apart completely.”

Read more: Green comet a rare ‘messenger from the outer reaches of the solar system’

A comet’s tail is made up of vaporized material and dust released by the icy body as it warms up closer to the Sun. While the comet itself is typically no more than a few miles wide, the tail can extend for hundreds of thousands of miles across the inner Solar System, providing an unusual celestial spectacle that gets astronomers and astronomers buzzing.

SpaceWeather.com (opens in new tab) said several CMEs have overtaken Comet ZTF this month as its trip to our region of the solar system coincides with an increase in activity on the Sun’s surface. According to the UK’s space weather forecaster the Met Office, there are currently eight numbered sunspots in the Earth-facing disk of the Sun. (opens in new tab), so there may be more CMEs as the comet gets closer to us. Sunspots are dark, cold regions that appear on the Sun’s surface that have curved and dense magnetic fields, which give rise to solar flares and CMEs.

C/2022 E3 (ZTF), discovered in March 2022 by the Zwicky Transient Facility (ZTF) at Palomar Observatory in California, is making its first close approach to Earth in about 50,000 years. Experts say the comet will soon become visible to the naked eye, and will reach its closest distance to Earth on February 1, zooming past our planet at about a quarter of the Sun-Earth distance.

Jaeger, who has photographed more than 1,100 comets since taking up astrophotography four decades ago, is sure to take more awe-inspiring images, which you can find on his website. Twitter account (opens in new tab), He acknowledged that the weather this part of the year is not ideal for this rare celestial encounter.

Jagger wrote, “The weather is very bad in Central Europe and I have to travel a lot to see the comet.”

editor’s Note: If you find a cool photo of Comet C/2022 E3 (ZTF) and want to share them with Space.com readers, send your picture(s), comments, and your name and location to spacephotos@space.com Send