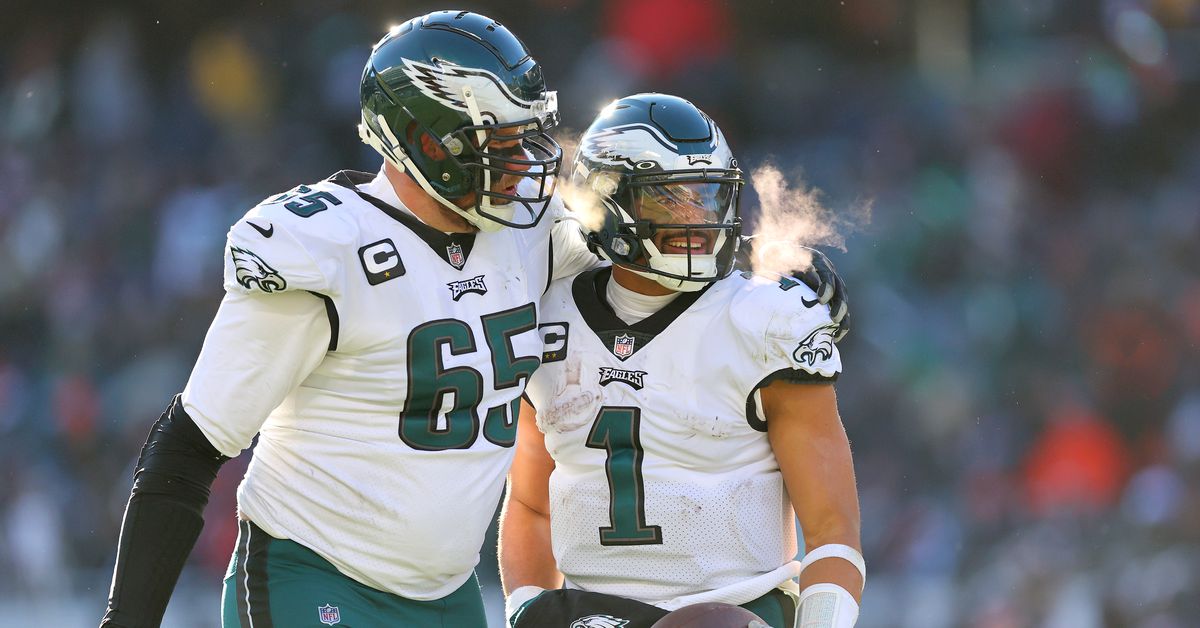 The Philadelphia Eagles released their second official injury report on Wednesday ahead of their Divisional Round playoff game against the New York Giants.

It was the Byrds’ first real practice this week after conducting a walkthrough on Tuesday.

Two players did not participate: Brandon Graham and Evonte Maddox.

Graham was listed as DNP due to illness on a day he was limited to on partial rest anyway. The jolly veteran watched the practice from the sidelines and seemed to be in his usual good spirits. One would have thought he would be back in action tomorrow.

Maddox is on track to miss his third straight game in the last four weeks after getting injured in Dallas. The Eagles will likely go with CJ Gardner-Johnson as their slot cornerback, with Reed Blankenship coming in to play safety in the nickel package.

Two players were listed under limited participation only for more than the rest of the reason: Len Johnson and Robert Quinn.

Johnson is playing with a groin injury that will require surgery after the Eagles’ season ends. The good news is it seems to be doing a good job. All things considered, at least:

Lane had previously said that today was a big day for him in terms of finding out how effective he could be while playing through pain. That he was listed with an extra rest designation—as opposed to just “groin”—is a positive sign that he will play. But it still remains to be seen how long he will be able to last during real game action.

Quinn being listed with an additional rest designation—as opposed to “back”—is also a positive sign for his playing opportunities. He is projected to be part of the defensive end rotation on Saturday night. There couldn’t be a better time for them after a quiet regular season.

One player was listed under Full Participation: Linval Joseph.

Joseph was upgraded to Full Go after being listed as Limited on Tuesday. The veteran defensive tackle is ready to play against the team that selected him with the second round pick in the 2010 NFL Draft.

The Eagles will release their third and final injury report on Thursday afternoon.

Starting cornerback Adoree’ Jackson was upgraded to full after being limited on Tuesday.

Rotational safety Jason Pinnock was upgraded from DNP to full. He told Giants media that he would have to play with the extra padding.

Here’s what Big Blue View’s foes had to say about the New York defender with the second-most sacks on this year’s team:

Edge defender Aziz Ojulari, battling a quad injury, told the media he is “sore” but plans to play. How much he gets to play and how effective he is remains to be seen.

It looks like it may be operating at less than 100%.

The expectation here is that all of the Giants’ limited players will play on Saturday night.