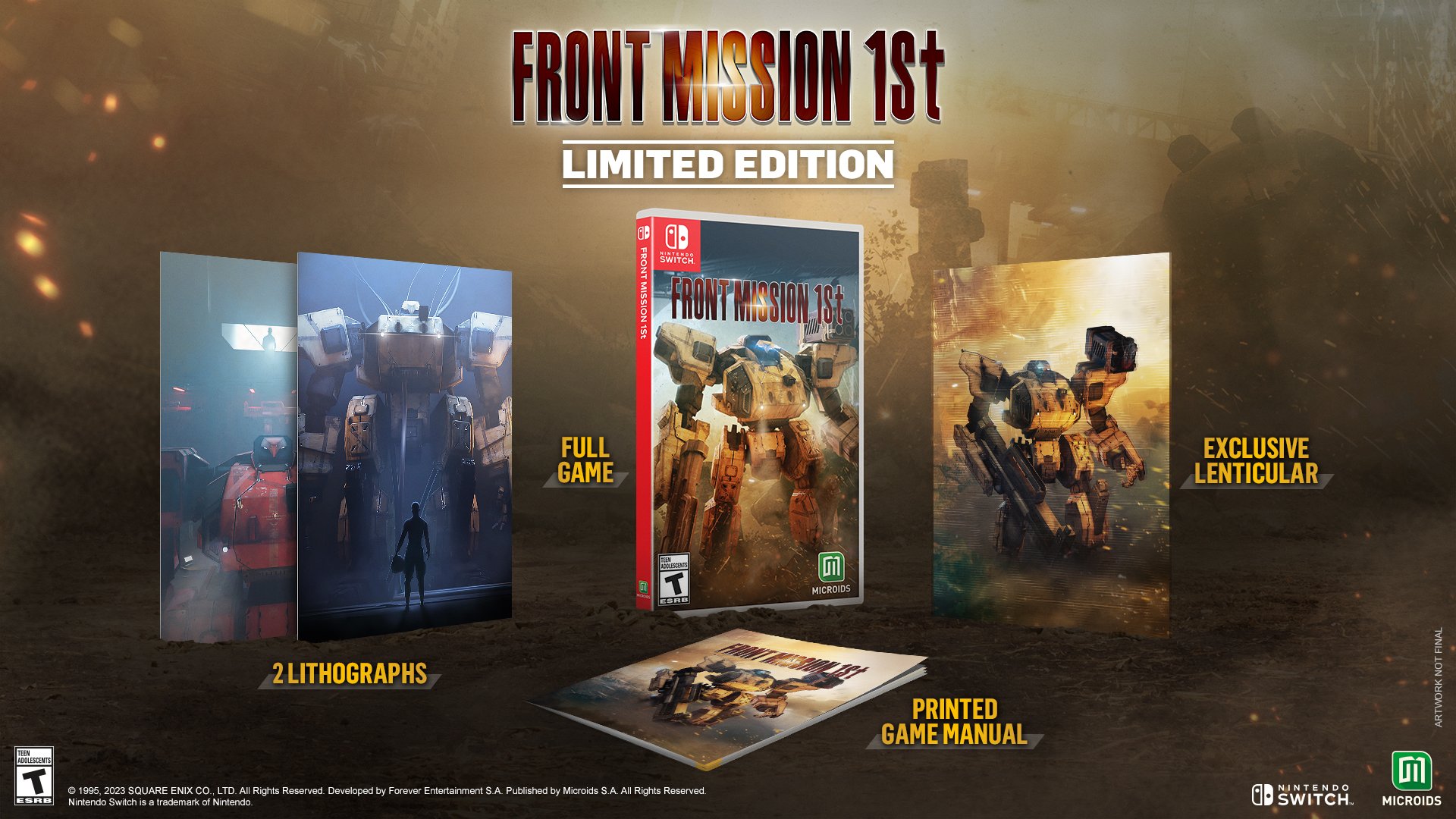 will release a physical limited edition of Microids Front Mission 1: Remake Switch this spring in Europe and summer in North America, the distributor announced.

The limited edition will include a copy of the game, exclusive lenticular, printed game manual and two lithographs.

Front Mission 1: RemakeWhich is published by Forever Entertainment and developed by Megapixel Studios is now available for Switch via Nintendo eShop.

Here’s an overview of the game, via Microids:

Play as a member of the OCU or UCS, customize your wanzer, strategize and use your firepower as well as terrain to gain an advantage over your opponent.

In the year 2090, the world’s conflicts are fought using giant war machines called Wangers. Huffman Island, the only place where the Oceania Cooperative Union (OCU) and the Unified Continental States (UCS) share a land border, is a hotbed of conflict.

An OCU reconnaissance platoon led by Captain Royd Clive is assigned to investigate a UCS munitions plant. They are ambushed by UCS Wanzers, triggering a chain of events that plunges the entire island into war.

View a set of box art beauty shots in the gallery.