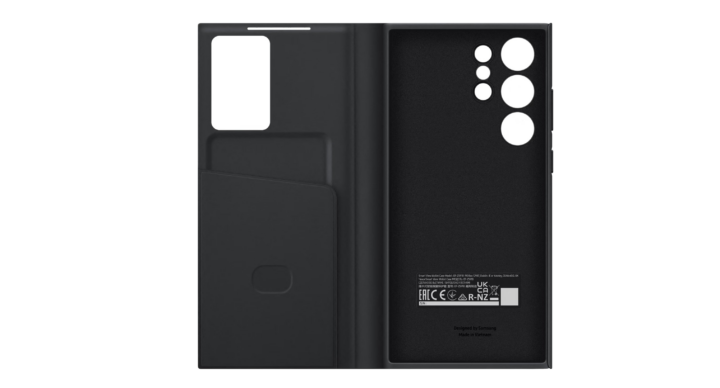 The entire Galaxy S23 lineup has leaked so far. And since the design doesn’t seem to be a secret anymore, the leaks are now focusing on other aspects, such as the official accessories Samsung is planning to pair with the Galaxy S23 series after the launch.

A handful of press renders showing protective cases for the Galaxy S23 Ultra (via @evleaks, The renders reveal the design of this year’s silicone case and the upcoming S-View flip cover. The latter has a smaller window for the credit card holder and the Always On Display feature.

Most of the case colors match those of the Galaxy S23 lineup, as seen in previously leaked renders, and hence, they come in black, green, pink, and cream. However, there is also a navy blue silicone case for the Galaxy S23 Ultra, and it’s possible that these accessories will be available in additional colors that we haven’t seen yet.

Similarly, Samsung might be planning to release other case designs for the Galaxy S23 lineup. Those could be leaks ahead of the official unveiling of the flagship in Unpacked, so stay tuned.

In terms of design, these cases confirm what is already expected from the Galaxy S23 Ultra. The phone refines the existing Galaxy S22 Ultra design and has squarer corners compared to the rest of the series and different cutouts for each rear-facing camera.

Coming to the cameras, the leaked teasers from Samsung reveal a great deal about photography in low light conditions and astrophotography. The Galaxy S23 Ultra could be the first Samsung smartphone to sport a high-resolution 200-megapixel primary camera. This hardware upgrade will be reserved for the Ultra model, but the entire series will see some camera upgrades in one form or another.

Samsung has confirmed that it will unveil the Galaxy S23 series in Unpacked on February 1. The flagships are almost here, and potential buyers can already reserve them online and get $50 in Samsung credit.