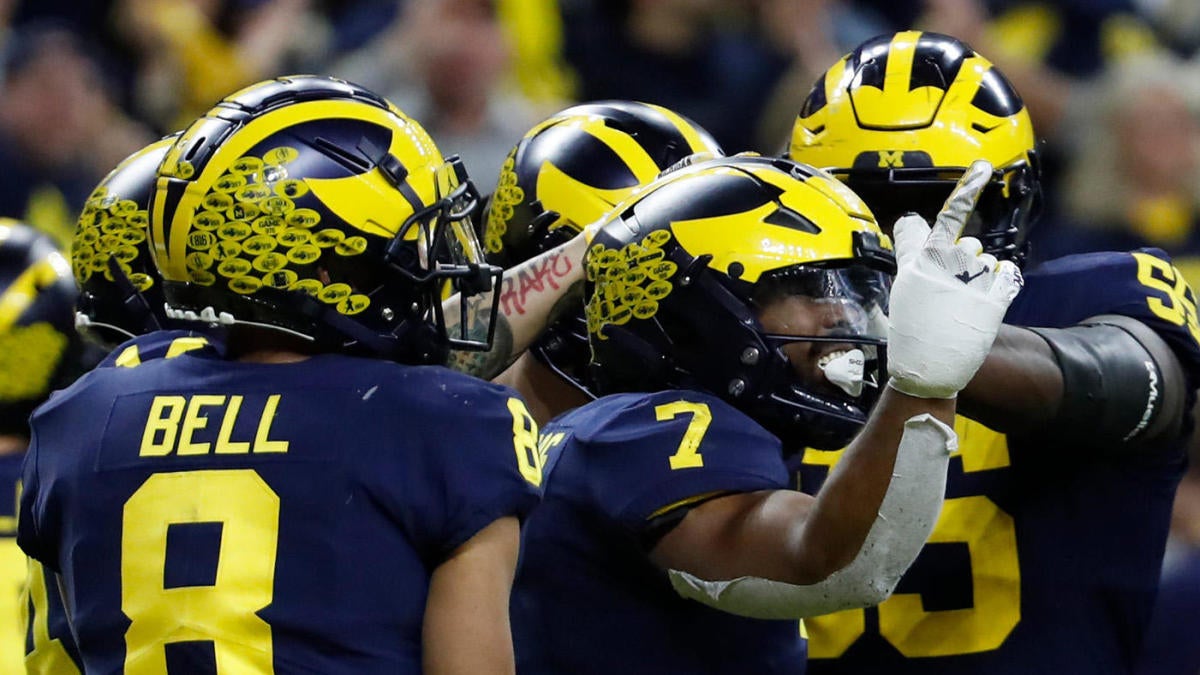 The Fiesta Bowl in the College Football Playoff this season features two relative newcomers to the party, with semifinalists No. 2 Michigan and No. 3 TCU meeting in Glendale, Arizona, for the College Football Playoff National Championship. The Wolverines and Horned Frogs should provide one of the more intriguing matchups we’ve seen this college football season with a lot at stake.

While Georgia is the defending champion and Ohio State has made the CFP three of the past four seasons, TCU is making its playoff debut and Michigan made its first playoff appearance last season. The showdown between the Wolverines and Horned Frogs will mark the first time the two programs played in football, and you couldn’t ask for higher stakes or a better setting for the first meeting of the series.

Michigan’s 13–0 drive was powered by ruthless efficiency on both sides of the ball. The Wolverines are one of just two top-10 teams in both scoring offense and scoring defense. This absolute dominance was on full display when Michigan went to Columbus and defeated rival Ohio State 45–23, the second win against the Buckeyes in as many years for eighth-year coach Jim Harbaugh.

But while Harbaugh has spent nearly a decade building the program to this pinnacle of defeating Ohio State, winning the Big Ten title and making the College Football Playoff, Sonny Dykes has risen to the top of the game in his first season with TCU. TCU, 5-7 in 2021, finished the regular season 12-0 before falling in overtime to Kansas State in the Big 12 Championship Game. That seven-win turnaround has been powered by one of the most explosive offenses in the country, a Heisman Trophy finalist at quarterback in Max Duggan and a team that has shown resilience in tough spots with a 5-1 record in one-score games. .

Michigan’s dominance over its opponents makes it the favorite, but there is a lot about this matchup that unfolds before the game is decided.

Follow all the action in the Fiesta Bowl semifinals Live Updates From Michigan vs TCU,

How to watch the Fiesta Bowl live

Michigan vs. TCU: Need to know

Donovan Edwards carrying the load: Michigan running back Blake Corum was a Heisman Trophy candidate before a knee injury versus Illinois on November 19 that effectively ended his 2022 campaign. Although he suited up for the regular-season finale against Ohio State, he logged just two carries while Donovan Edwards took over top running back duties. Despite missing the Big Ten Championship Game, Corum’s 1,463 yards and 18 touchdowns are still good enough to rank in the top 10 in both categories.

Corum would be better off not being in the lineup for the College Football Playoff, but the good news is that Edwards is up to the challenge of leading the Wolverines’ rushing effort. Edwards ran for 216 yards and two touchdowns in the win against Ohio State, and then added 185 yards on the ground in the Big Ten Championship Game against Purdue. When Michigan’s offense is clicking on all cylinders, it is punishing opponents at the point of attack and opening up space for explosive backs to deliver a splash play. If Michigan is going to control the game when it has the ball, Edwards needs to continue the form he showed after Corum’s injury.

A unique test for Michigan’s defense: Michigan suffered from a pair of dangerous passing attacks in its last two games, but TCU presents a new type of challenge for the Wolverines. Duggan is one of the nation’s best deep-ball passers, ranking first in the FBS in completion percentage and touchdowns on passes thrown farther than 20 yards. He’s also prolific, throwing for three or more touchdowns in eight of his 12 starts this season, and has a pair of dynamic wide receiver options in deep-threat specialist Quentin Johnson and do-everything all-purpose star Darius Davis. Throw in running back Kendre Miller, who is having one of TCU’s best rushing seasons since LaDainian Tomlinson, and the Horned Frogs have an offense that has plenty of different ways to tear apart the defense. Huh.

TCU has plenty of experience in close games: The Horned Frogs’ magical run has included numerous second-half comebacks and an ability to find a way to win in close games throughout the regular season. TCU blew a 5–0 lead in one-score games during the regular season and nearly pulled off another comeback as Duggan fielded an injured offense in overtime in the Big 12 title game against Kansas State. led.

Michigan, on the other hand, doesn’t have much experience playing close matches. The Wolverines lead all FBS teams with an average margin of victory of 26.7 points per game and had only two games decided by a single score all season: a 34–27 victory against Maryland at the start of the season and a win against Illinois a 19–17 victory that included a knee injury to Blake Corum. If the oddsmakers are correct in their projections, we could see a close contest late in the game with TCU having the advantage of experience.

TCU has the experience advantage of playing close games if betting market projections play out on the field. However, history says that the College Football Playoff semifinals are not close games. Of the 16 semifinal games held since the format began in 2014, only three have been decided by even single digits, and nine of those 16 games have been decided by 20 points or more. I’m not predicting that Michigan will win by three touchdowns, but covering the spread seems in keeping with its knack for brutal efficiency and its historical tendency for how these games are played. Prediction: Michigan -7.5

Which college football picks can you make with confidence during bowl season, and which underdogs will win outright? Head on over to SportsLine to see which team will win and cover the spread — all from a proven computer model that has returned nearly $2,500 in profit over the past six-plus seasons — and find out.