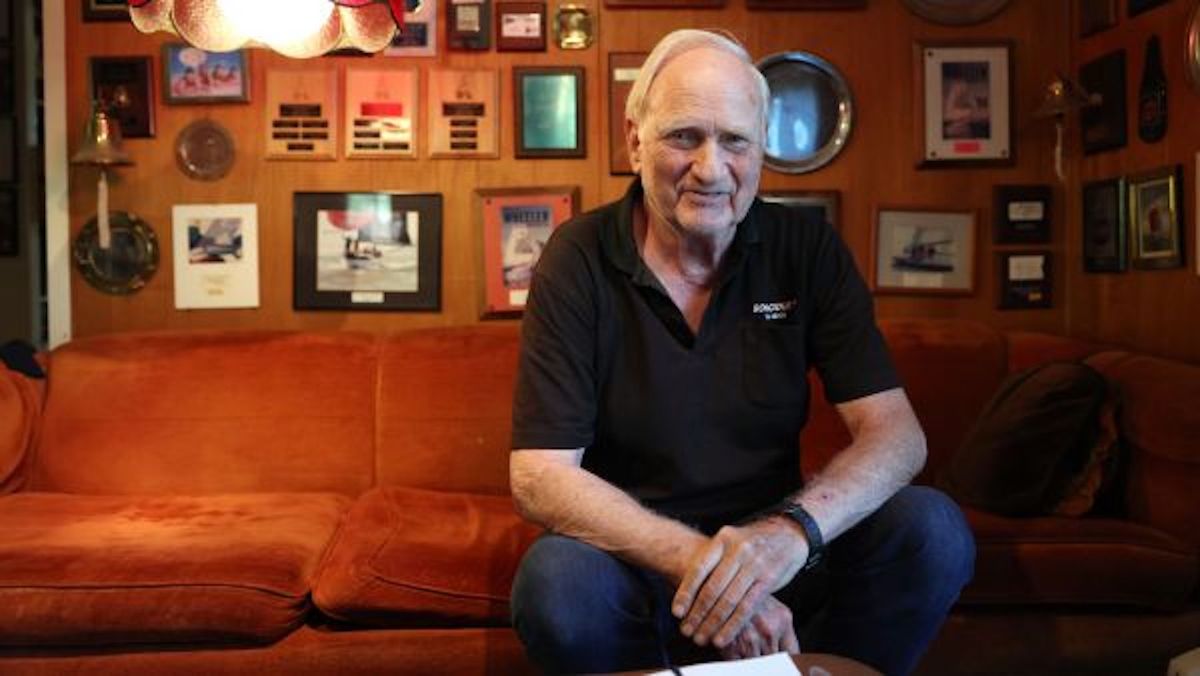 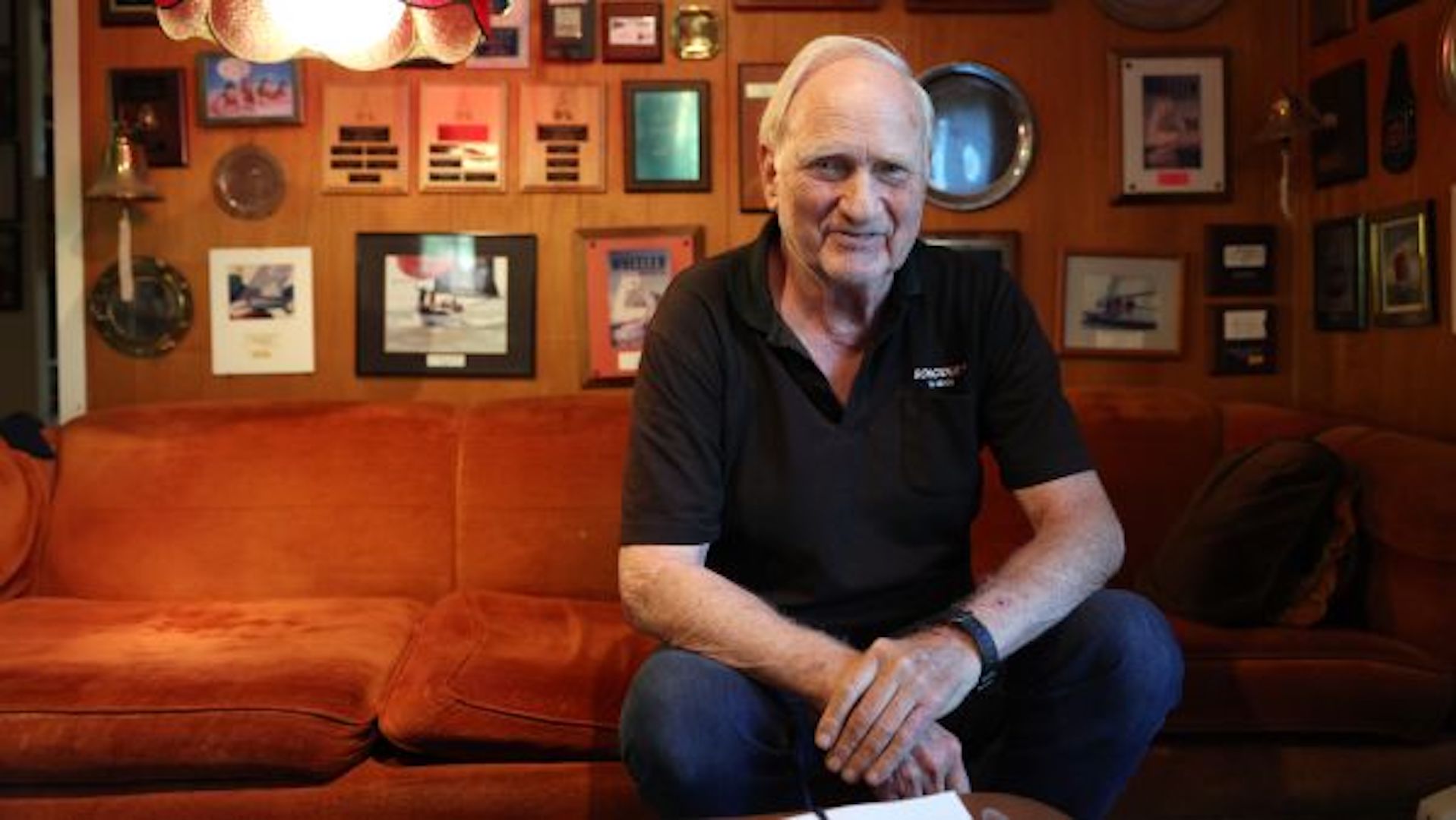 On October 4, 80-year-old John F. Clauser awoke in his California home to the news that he had been awarded the award. Nobel Prize in Physics (opens in new tab), He received the award at a ceremony in Stockholm, Sweden, on 10 December for his work on quantum entanglement, along with Anton Zeilinger and Alain Aspecht.

It was a moment of celebration for Clauser, whose groundbreaking experiments with particles of light helped prove key elements quantum mechanics (opens in new tab),

“Everyone wants to win the Nobel Prize,” Clauser said. “I am very happy.”

But Clauser’s journey to winning the biggest prize in science wasn’t always straightforward.

In the 1960s, Clauser was a graduate physics student at Columbia University. By chance, he found an article in the university library that would shape his career and inspire him to pursue the experimental work that eventually won him the Nobel Prize.

An article written by Irish physicist John Stewart Bell and published in the journal Physics in 1964 considered whether quantum mechanics provided a complete description of reality. At the heart of the question was the phenomenon of quantum entanglement.

Quantum entanglement occurs when two or more particles are linked in a certain way, and no matter how far apart they are in space, their states remain linked.

this possibility was ruled out by Albert Einstein and his associates in the 1930s. Instead, he argued that there exists an “element of reality” that is not accounted for in quantum mechanics.

In his 1964 article, Bell argued that it was possible to test experimentally whether quantum mechanics failed to describe such elements of reality. He called these unaccounted for elements “hidden variables”.

Specifically, Bell had local variables in mind. This means that they only affect the physical setup in their immediate vicinity. As Clauser explained, “If you place the stuff locally in one box and the measurements far away in another box, then experimental parameter choices made in one box may not affect the experimental results in the other box.” , and vice versa.”

Clauser decided to test Bell’s proposal. But when he wanted to experiment, his advisor urged him to reconsider.

“The hardest part initially was getting the opportunity,” Clauser recalled. “Everyone was telling me it’s not possible, why bother!”

In 1972, Clauser finally got a chance to test Bell’s proposal while taking a postdoctoral position at Lawrence Berkeley National Laboratory in California. He joined forces with doctoral student Stuart Freedman. Together they set up a laboratory full of optical instruments.

“No one had done this before,” Clauser said. “We had no money to do anything. We had to build everything from scratch. I got my hands dirty, I dabbled in cutting oil, there was a lot of wire and I made a lot of electronics.”

Quantum mechanics predicted that if the polarization of photons was determined by local and hidden variables, a high number of photons would pass the filter simultaneously.

Clauser and Friedman’s experiment showed that the predictions of quantum mechanics were correct. “We consider these results to be strong evidence against the local hidden variable theory,” he wrote in 1972. physical review paper (opens in new tab),

Klauser and Friedman’s results were confirmed in further experiments by Alain Espect and Anton Zeilinger.

“My work was in the 70s, Aspect was in the 80s, Zeilinger’s was in the 90s,” Clauser said. “We worked incrementally to improve the area.”

But the impact of Clauser’s forceful use was not immediately recognized.

“Things were tough,” Clauser recalled. “Everyone said: ‘Nice experiment, but you might want to go out and measure some numbers and stop wasting time and money and start doing some real physics instead.’

It took 50 years until Clauser was awarded the Nobel Prize for his experimental work. His colleague, Stuart Freedman, died in 2012.

“My colleagues are long dead,” said Clauser. “My claim to fame is that I have lived long enough.”

Asked if he had any advice for young researchers in the face of his own initial difficulty, Clauser said: “If you prove something that everyone else thinks is true, and you are the first person to do it, So you probably won’t be recognized for it.” 50 years. This is bad news. The good news is that I really enjoyed doing this job.”

Clauser and Friedman’s experiment paved the way for a wide range of technologies that use quantum entanglement, such as quantum computers and cryptographic protocols.

Asked whether he thinks quantum mechanics is a complete theory, Clauser replied: “I suspect there is a more fundamental theory beneath it, but this is purely conjecture. I don’t know what it is.” . I also admit that I am totally confused.” , I don’t know what all this means.”

The quotes by John F. Clauser have previously been published in an interview the author made for the Swedish magazine Forskning och Framsteg.