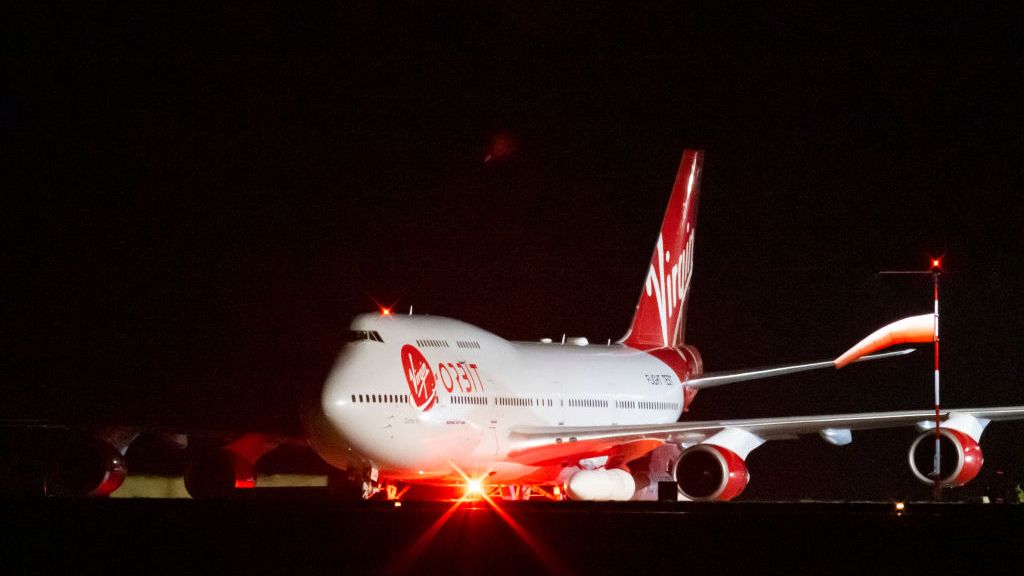 Virgin Orbit’s “Start Me Up” mission was the first orbital mission to take off from the United Kingdom. Unfortunately, things did not go according to plan when an anomaly occurred in its 70-foot-tall (21 m) LauncherOne rocket, preventing it from making orbit.

Company carrier plane Cosmic Girl took off space beach Cornwall on Monday (January 9) at 5:02 p.m. EST (2202 GMT). The lift-off was celebrated by thousands of spectators who descended on Spaceport Cornwall to be part of the historic launch. Cornwall Airport Newquay was chosen as the location for Spaceport Cornwall because it has one of the longest runways of a regional airport in the UK and direct access to a flight path over the sea.

“Start Me Up” was to be a mission of many initiatives: the first orbital launch from Britain, the first commercial launch from Western Europe, the first Omani satellite and the first satellite built in Wales. Here we take a look at some of the best pictures from the launch event at Spaceport Cornwall.

In this photo is a 72-foot (22 m) replica of the LauncherOne rocket that made its way into the Spaceport Cornwall event zone for the “Start Me Up” mission launch.