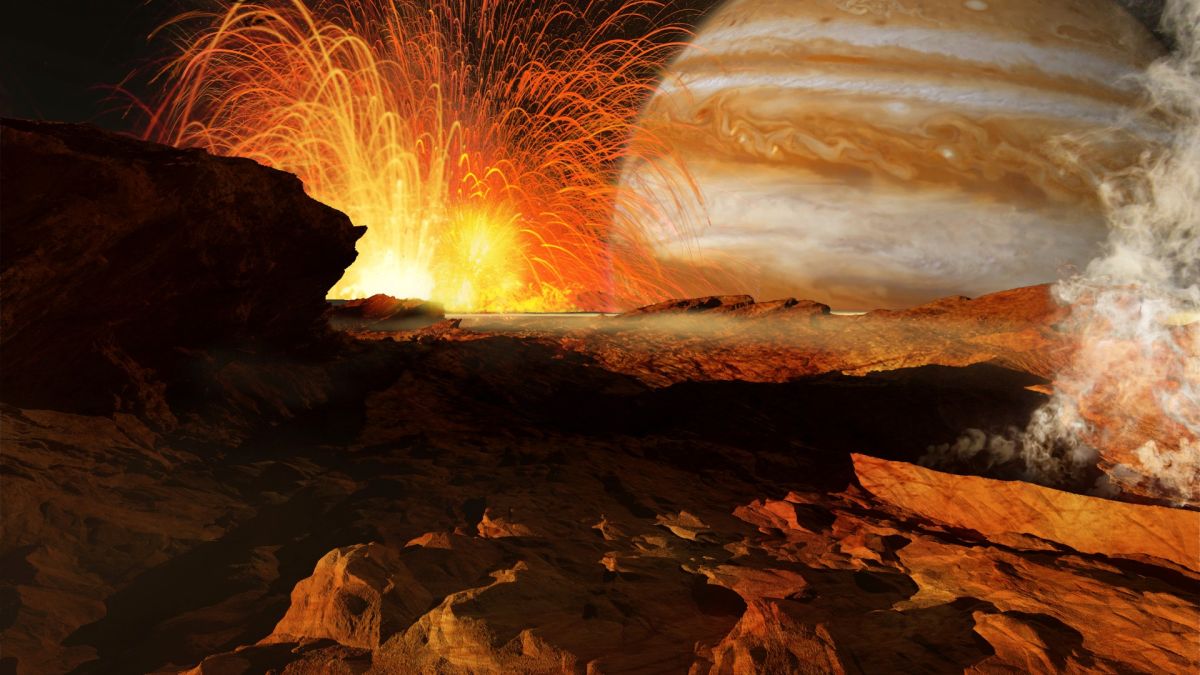 A massive volcanic eruption has been observed from Jupiter’s moon Io. The eruption was observed in the fall of 2022 by Jeff Morgenthaler, senior scientist at the Planetary Science Institute (PSI), using the Io Input/Output Observatory (IoIO).

One of Jupiter’s largest moons, Io is considered the most volcanic body in the Solar System, with annual volcanic eruptions due to its extreme conditions and the tremendous gravitational influence of its parent planet.

The gravity of Jupiter, the most massive planet in the Solar System, and the two other large Jovian moons create powerful tidal forces within Io. This stretches and squeezes Io, the innermost of the four large Jovian moons, giving rise to violent volcanic activity.

IoIO, operated by PSI, is located near Benson, Arizona, and has been monitoring volcanic activity on Io since 2017. The instrument is able to image faint gases near the gas giant, using coronagraphic techniques that attenuate the light coming from Jupiter.

This allowed Morgenthaler to spot both sodium flashes in a cloud or “nebula” around Jupiter, which began between July and September 2022 and ended last month.

“This may tell us something about the composition of the volcanic activity that produced the eruption or it may tell us that the torus is more efficient at getting rid of material when more material is thrown into it.” Statement (opens in new tab),

The IoIO observations can be followed by NASA’s Juno spacecraft which has been orbiting the gas giant since 2016. Juno is scheduled for a close flyby of Io in December 2023 and its instruments are sensitive to the plasma around Jupiter.

This plasma can be traced back to Io’s volcanic activity, meaning Juno could tell astronomers whether the Fall 2022 volcanic eruption had a different chemical composition than other Io eruptions.

Before Juno can get close enough to such a probe, though, Morgenthaler is hoping to get more versions of IoIO up and running around the world.

“One of the exciting things about these observations is that they can be reproduced by almost any small college or aspiring amateur astronomer. Almost all of the parts used to build IOIO can be found at a high-end camera shop or Available at telescope stores.” , “It would be great to see another IoIO come online before Juno reaches Jupiter next December.”

In addition to studying the elements in and around Jupiter, IoIO is observing the sodium “tails” that follow Mercury and planets outside the Solar System, exoplanets, as they cross the faces of their stars.