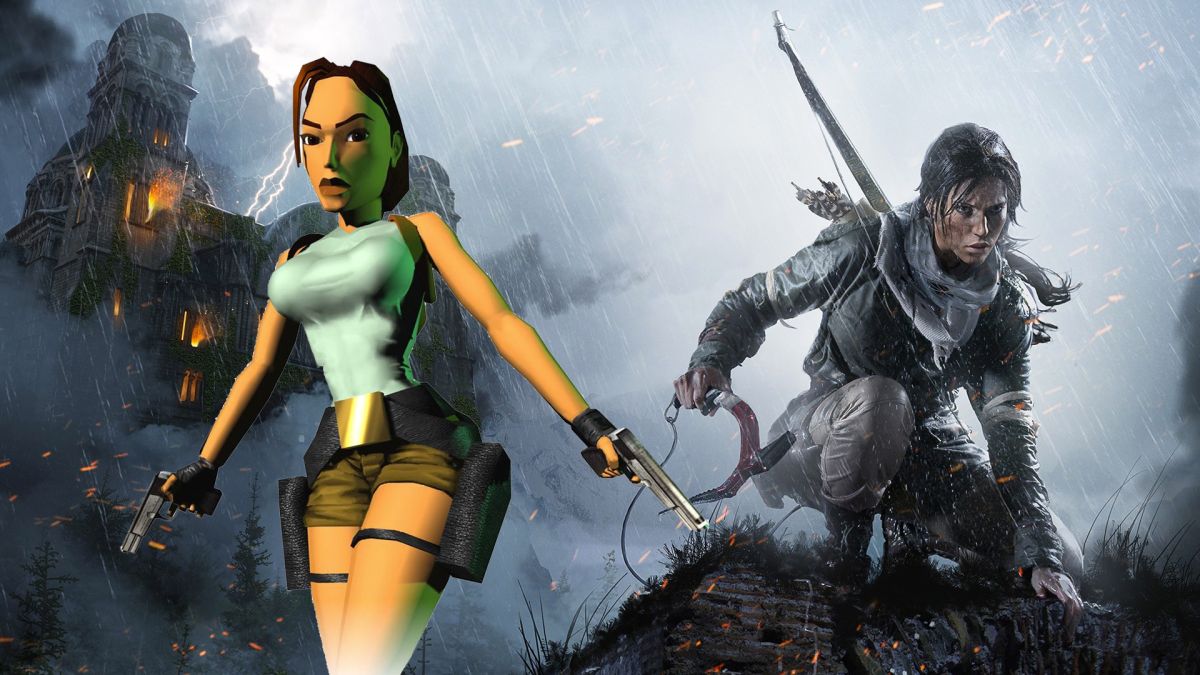 Powerwash Simulator is no stranger to exotic locales, but this latest addition takes the cake. In a free, upcoming DLC, Powerwash enthusiasts will now be able to clear Croft Manor – a fondly remembered location from the classic Tomb Raider series.

Square Enix Collective and FutureLab have made an unexpected move to bring the Tomb Raider Special Pack to Powerwash Simulator. The DLC, releasing on January 31st, is free and will allow you to return to a version of Croft Manor that is reminiscent of the PS1 days. The DLC lands on the same day Powerwash Simulator is set to release on PS5 and PS4 and it’s a celebration of the game’s debut on Sony’s console.

As you can imagine, the Old Manse has gotten quite a facelift since the early Tomb Raider games. FuturLab renders assets with modern graphics, so say goodbye to those old blocky polygons from Tomb Raider past. However, over the years Croft Manor has become downright filthy. That’s where you come in, dressed up with your blue suit and power washer.

Croft Manor is not a building; It has a special place in Tomb Raider history. As early as Tomb Raider 2, the Manor became a fully explorable location filled with Easter eggs and environmental storytelling.

Whether you played Tomb Raider 2 on PS1 or school PC, you can do a treasure hunt in the dungeon, the manor ballroom, the training grounds, the kitchen, and Lara’s bedroom. It was early days, but the immersive 3D environment did a lot to flesh out and contextualize Lara’s story and her place within the wider narrative.

Croft Manor is also famously full of Easter eggs, many of which involve Lara’s long-suffering butler, Winston. In Tomb Raider 2, players could trick themselves into getting into the basement freezer before it was locked. In Tomb Raider 3, Poor Soul volunteers to take target practice at Lara’s gun range. While we don’t know if Winston will appear in the DLC, FuturLab has promised in a blog post (opens in new tab) There will be plenty of “secrets hidden in the dirt” for fans to discover throughout their cleaning adventures.

It’s a treat to be back in this classic locale, though in a very different way. This unexpected but unwanted DLC got me thinking about all the other ways new approaches might be able to breathe life into classic video game locations.

What if Peach’s Castle from Mario 64 was featured in a skating game? Imagine all the sick tricks you can pull off with the simple verticality of the hub world. What if XCOM’s underground base was turned from anti-alien base to rave room for dance games? Think of all the cool, futuristic lighting.

A DLC where you can clean Croft Manor with a powerwasher is pretty out of left field, but it reminds me of how great it can be to enjoy a beloved setpiece in an entirely different way. This allows for an experience that, in addition to offering pleasant nostalgia, also offers players something truly new and exciting.