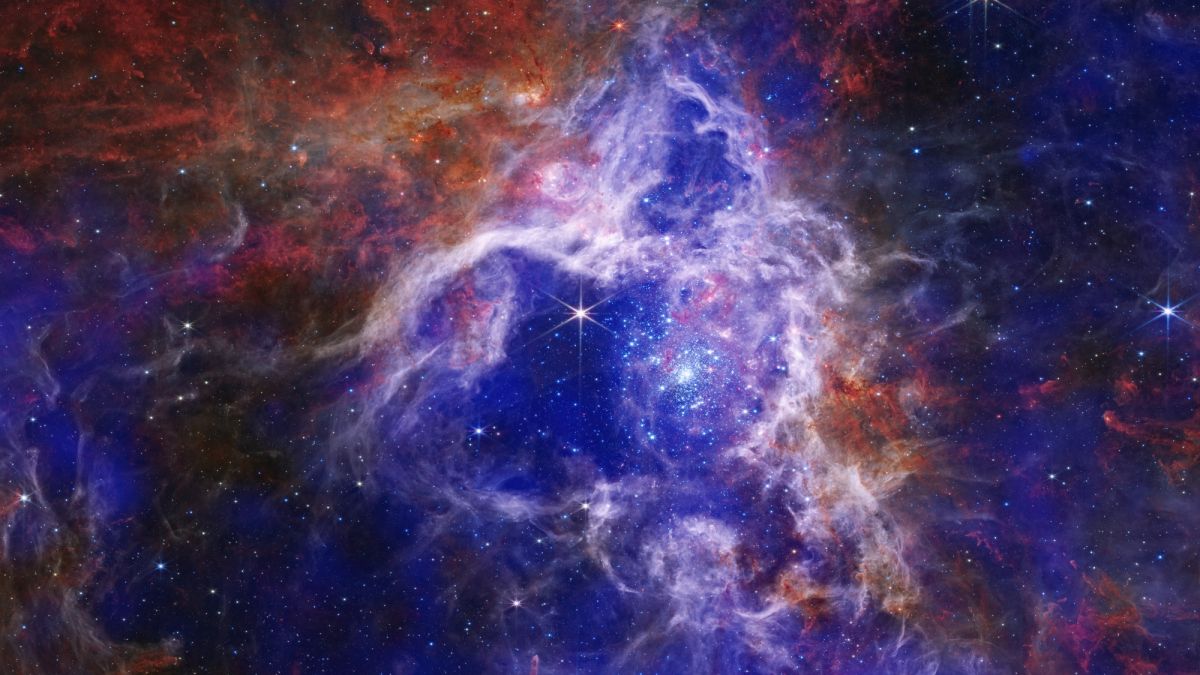 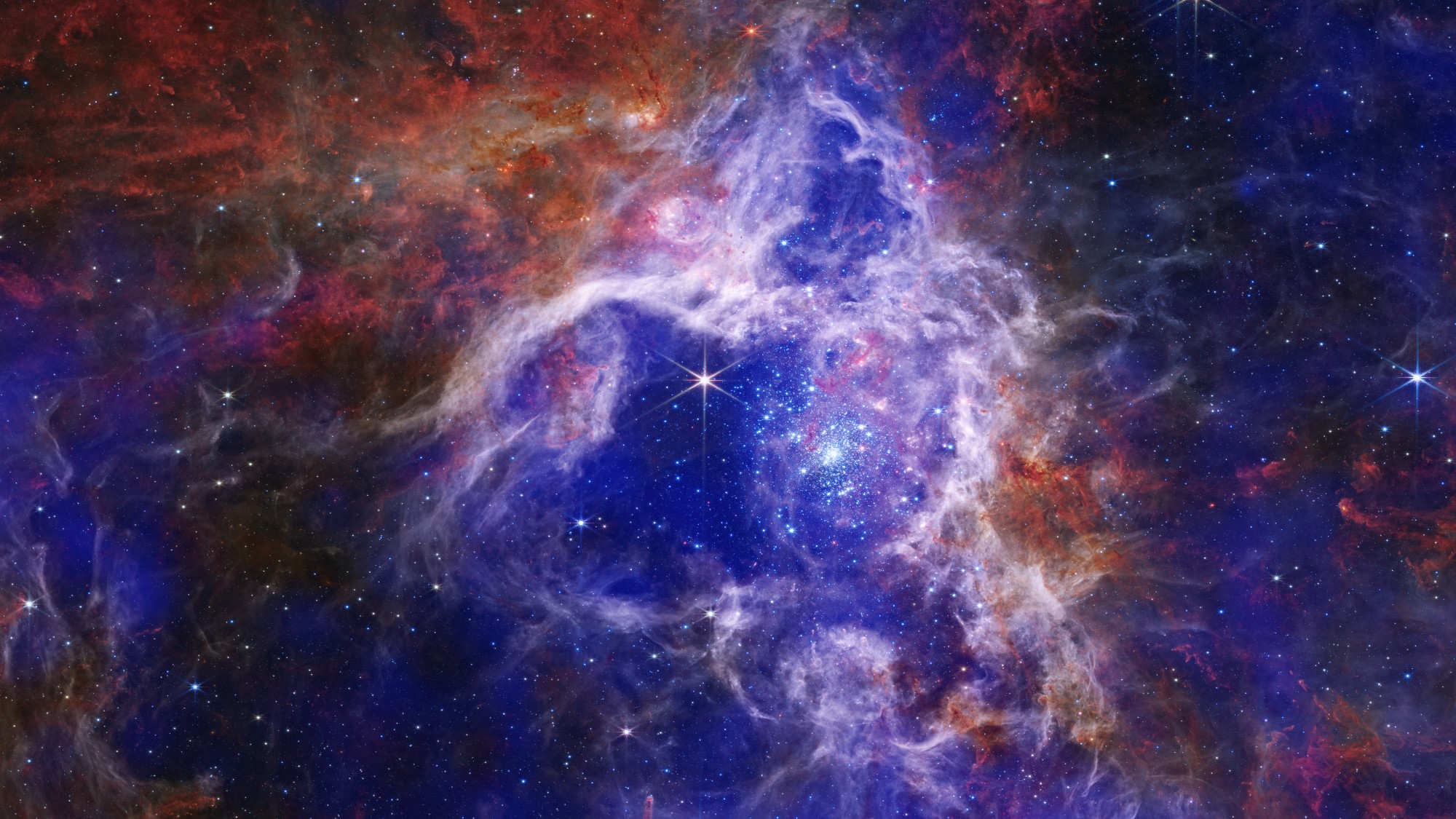 NASA’s James Webb Space Telescope and the Chandra X-ray Observatory teamed up to provide a stunning new view of the robust star-formation region known as the Tarantula Nebula.

is located only 161,000 light-years away in large magellanic cloud The galaxy, the Tarantula Nebula, formally known as 30 Doradus, is the largest and brightest star-forming region in the Local Group – the galaxies closest to us. Galaxy, it is home to the hottest and most spacious Stars is known, which, in turn, helps astronomers understand how stars are born and evolve.

NASA released a new composite image of the stellar nursery that combines X-ray data Chandra X-ray Observatory and infrared images james webb space telescope, Detailed new view reveals clouds of gas and dust nebulaTogether supernova The remnants left over from stellar explosions, which serve as the building blocks for the next generation of stars, according to a statement from nasa,

The royal blue and purple areas of this new mosaic represent Chandra X-ray data, while the red, orange, green and light blue areas represent Webb observations. The Chandra data capture gas that has been heated to millions of degrees by shock waves generated by winds from massive stars. Webb’s infrared data reveals baby stars, also known as protostars, as well as cooler gas that provided the raw material for future star formation.

“The chemical composition of 30 Doradus is different from that of most nebulae found in the Milky Way. Instead it represents conditions in our galaxy that existed many billions of years ago, when stars were moving much faster than what astronomers see today.” were being built,” NASA officials wrote in the statement. “This, combined with its relative proximity and brightness, means that 30 Doradus offers scientists an opportunity to learn how stars formed in our galaxy in the distant past.”

While Webb launched two years ago on Christmas Day 2021, with its first images in July 2022, Chandra has studied 30 Doradas frequently during its 23-year mission. The massive stellar nursery remains an important target for astronomers to observe and analyze.