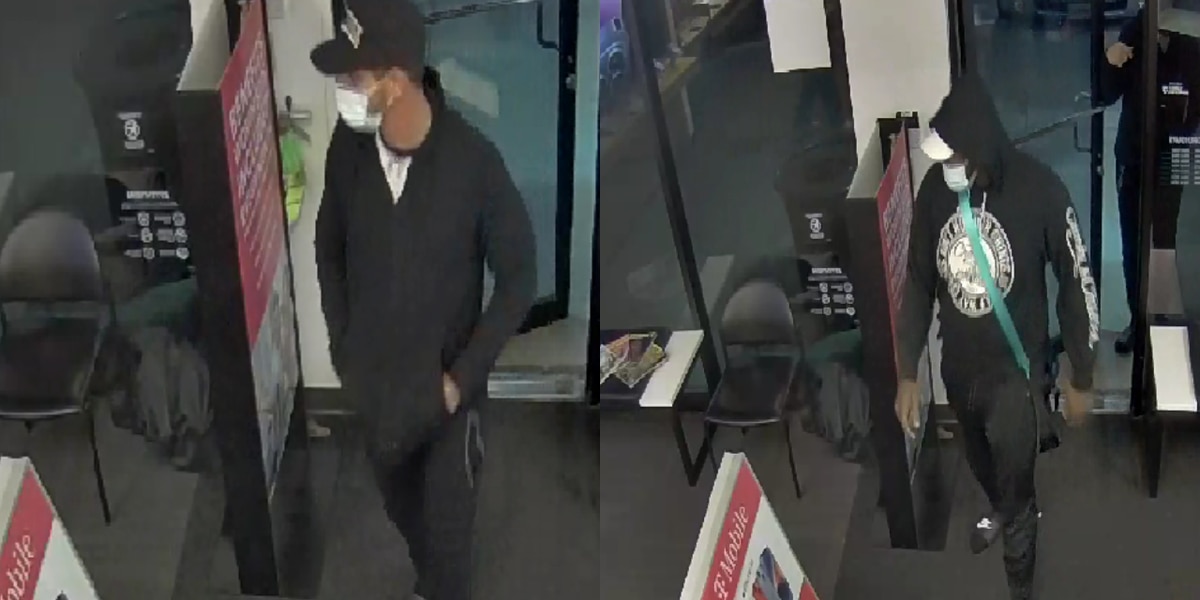 Baton Rouge, La. (WAFB) – The Baton Rouge Police Department is asking for the public’s help in identifying the armed robber in connection with the robbery of a T-Mobile store on Airline Highway.

According to the BRPD, on Friday, January 20, around 7:30 p.m., two robbers armed with guns and box cutters entered a T-Mobile store on Airline Highway near Old Hammond Highway.

Police said the robbers cut the cables of several demo iPhones and an iPad to remove them from their displays, and then fled the store with the devices.

Police said they left the area in an unknown vehicle.

According to police, the man in the white hat is believed to be responsible for a string of similar armed robberies in Livingston Parish.

If you can identify these individuals, contact Crime Stoppers at 344-STOP (7867).

You’ll be completely anonymous and could be eligible for cash prizes!