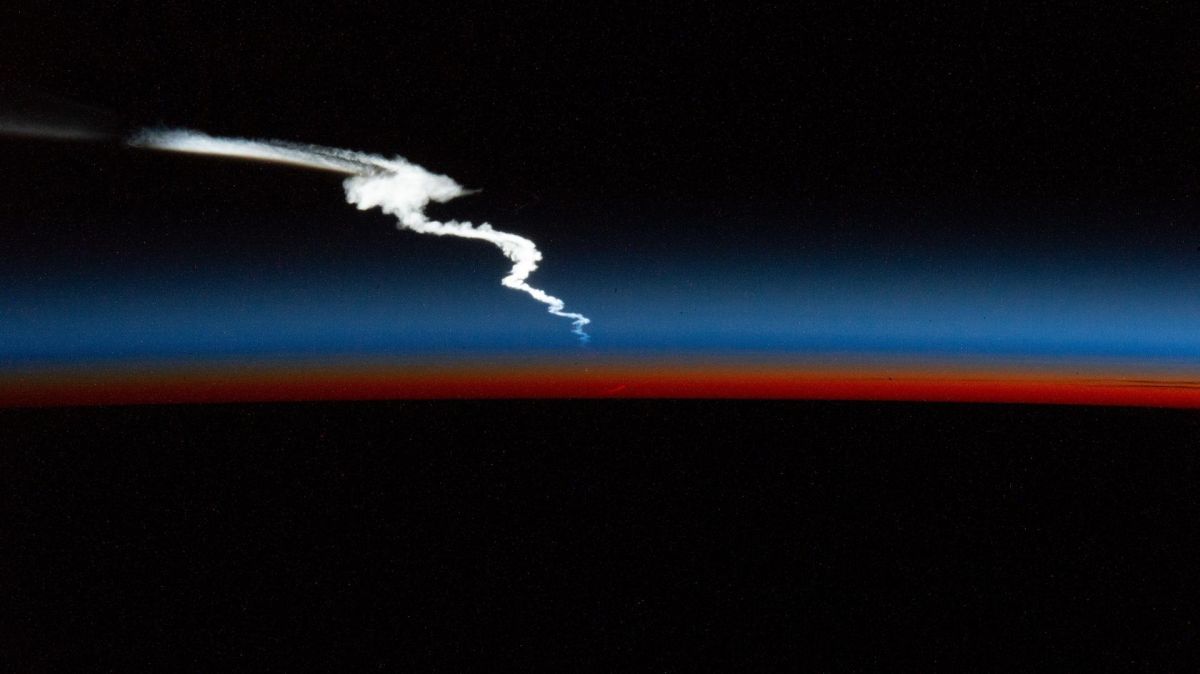 The launch of SpaceX’s most powerful rocket over the weekend was visible from orbit.

A SpaceX Falcon Heavy lifted off from NASA’s Kennedy Space Center in Florida on Sunday (Jan. 15) on a mission called USSF-67 that carried several satellites for the US Space Force.

Photographers on the ground captured stunning pictures of the launch. An off-Earth observer did too – the International Space Station (ISS), which just so happened to be in the right place at the right time on Sunday.

“An external high-definition camera aboard the International Space Station captured the launch plume of the SpaceX Falcon Heavy rocket as it climbed into Earth orbit following its liftoff Sunday, Jan. 15, 2023, from NASA’s Kennedy Space Center in Florida Was.” NASA officials have written in the description of the photo (opens in new tab),

“The space station was flying 262 miles [422 kilometers] Over the Atlantic Ocean just after an orbital sunset at the time of this photo,” he added.

This view of the station shows the launch plume of the @SpaceX Falcon Heavy rocket following its liftoff Sunday, Jan. 15, 2023, from @NASAKennedy in Florida. pic.twitter.com/TRWNggsGasJanuary 19, 2023

USSF-67 was the fifth mission ever for the Falcon Heavy, with the first stage using three tethered Falcon 9s. The flight carried a military communications satellite called Continuous Broadcast Augmentation SATCOM 2 and five small spacecraft for the Space Force.

The Heavy, which generates more than 5 million tons of thrust at liftoff, was until recently the most powerful operational rocket in the world. NASA’s massive Space Launch System (SLS) claimed that title when it launched aboard the agency’s Artemis 1 Moon mission for the first time on Nov. 16, 2022. (SLS generates about 8.8 million pounds of thrust at liftoff.)

SpaceX has launched 61 orbital missions in 2022 and 2023 could be an even bigger year for the company. SpaceX founder and CEO Elon Musk said last august (opens in new tab) that the company was “aiming for up to 100 flights” in 2023.

SpaceX has launched five missions so far this year, including two in the past two days. USSF-67 was the only mission of these five in which the Falcon Heavy was used; the other four employed Falcon 9s.