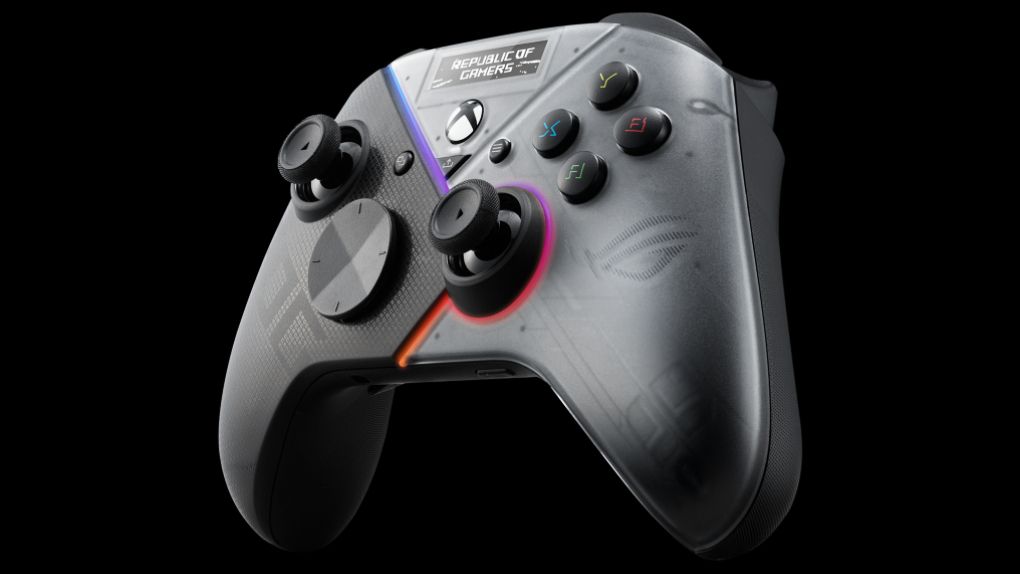 Asus has announced a new controller in its ROG brand that has a unique thing going for it: a sharp OLED screen built into the controller itself.

Revealed at CES 2023, the ROG Raikiri Pro is the company’s latest controller, which is expected to launch in the second quarter of 2023. It’s also the official Designed for Xbox branding, which means it’s passed Microsoft’s smell test, and will be compatible with the Pad PC, Xbox. Series X|S, and Xbox One consoles.

Before we get to the thing we’re here for—that flashy OLED screen—let’s go over the controller itself. ‘Pro’ adjacent controllers like the ROG Raikiri Pro Xbox Elite Controller Series 2 looks to fit the feature-rich bill. This means it has rear buttons, a trigger lock, and a suite of customizable button profiles. I also like the smart RGB line that runs across the pad and wraps around the right analog stick.

It looks like a promising controller, but the Raikiri Pro’s 1.3-inch OLED screen is its most attractive feature. According to ROG’s website (opens in new tab), The controller’s screen can display information about battery life, mic and headset volume. Or, if you’re feeling creative, you can choose to display custom text, images, or animations. However the screen only displays in monochrome.

Will the OLED screen add much to the gameplay? No, probably not, but it’s an interesting feature nonetheless, and useful information like battery life is always good to let players know when they should charge their pad.

When I look at the Raikiri Pro’s 2 gray level OLED screen, I can’t help but be reminded of the VMU (Visual Memory Unit) of the Sega Dreamcast. There are stark differences; The VMU was arguably far more practical as it was used to save data and display images and unique UI elements depending on the games you played.

In Sonic Adventure, for example, you can check on the well-being of your Chao Pets through the VMU screen. The Raikiri Pro’s OLED doesn’t look quite as versatile, but I can see it being a selling point for those who love the controller aesthetics and weird gimmicks that allow them to separate their pad from the pack.

I’m also fairly positive that the Raikiri Pro’s OLED screen will drain battery life, though that should be tempered somewhat by the fact that it’s only a two-color screen. Still, I would have liked the option to lower the screen brightness to reduce both battery drain and the risk of screen burn-in.

The Raikiri Pro is definitely a controller we’ll be keeping an eye on. While its OLED screen is undoubtedly style over substance, the fundamentals of this ‘Pro’ pad feel solid enough that it may one day enter our list of the best Xbox controllers you can buy this year.