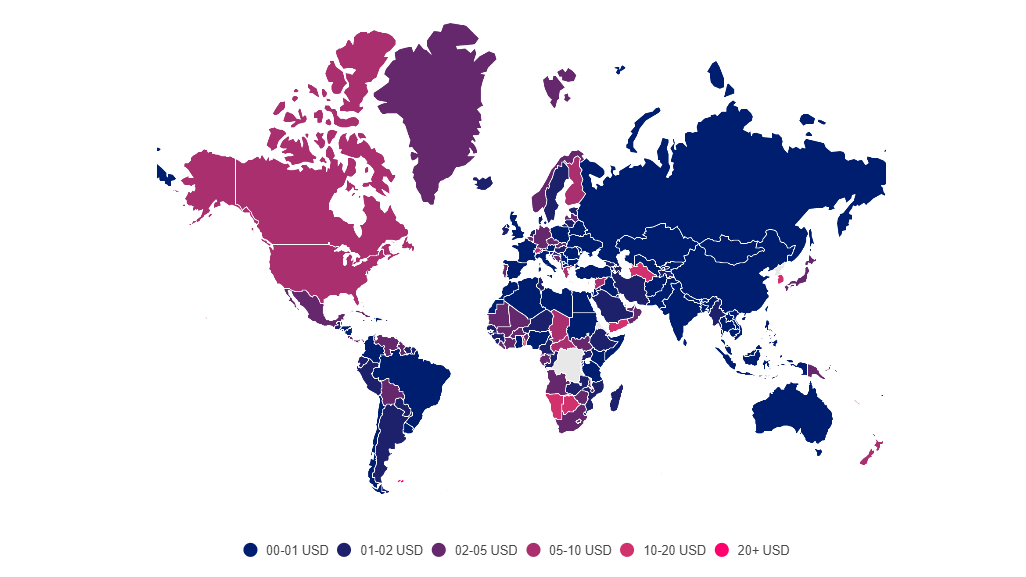 How much do you pay for your phone plan? US residents looking to save on mobile data might consider moving to Israel, Italy or Fiji.

According to a study conducted by Cable.co.uk(Opens in a new window)In the US, people pay $5.62 per 1GB of data. North America has some of the most expensive mobile data in the world, averaging $4.98 per 1GB, although Canada is slightly more expensive than the US at $5.94 per 1GB. 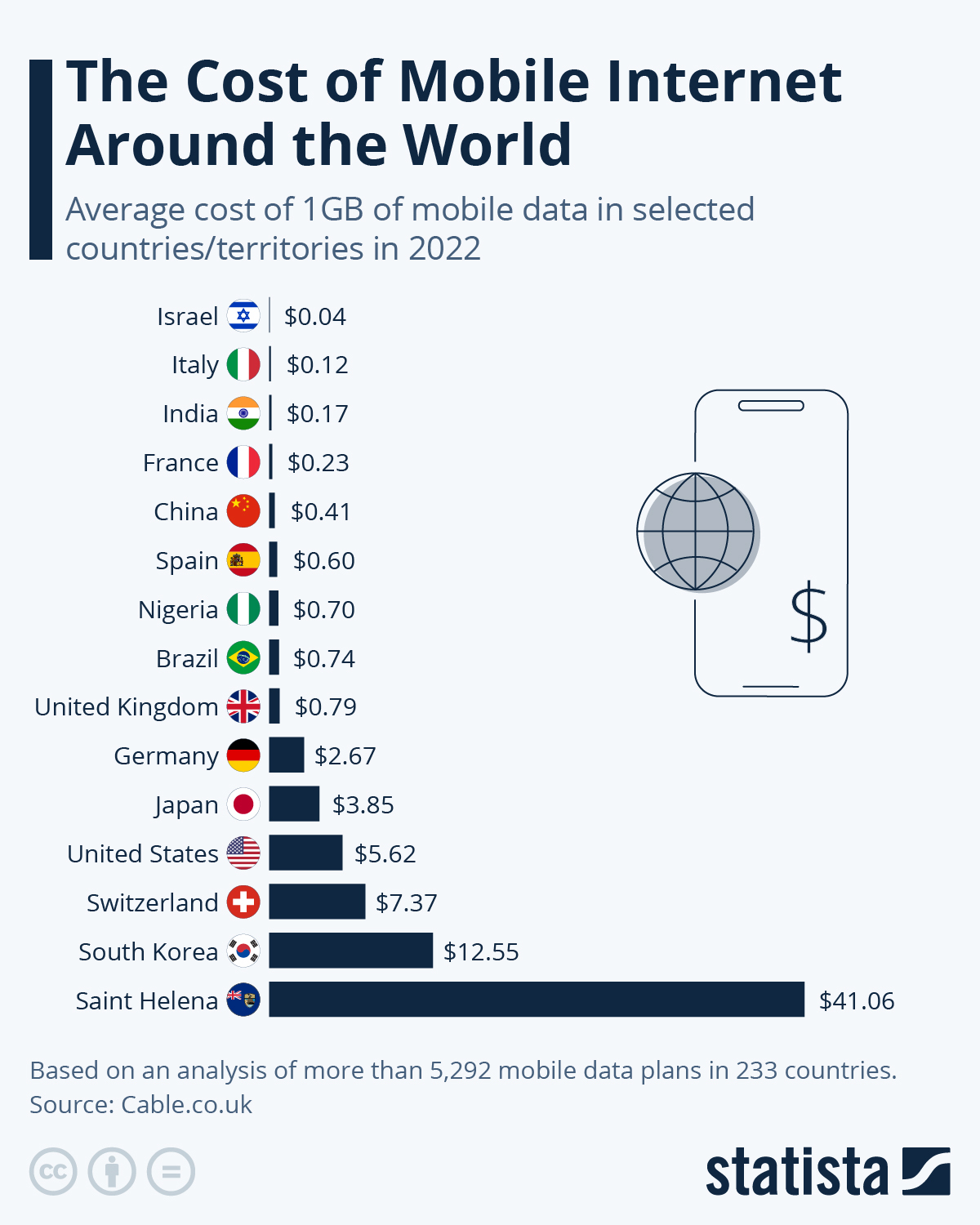 Cable.co.uk checked phone plans in 233 countries and found that Israel has the cheapest mobile data at just $0.04 per GB. The report attributes this to higher smartphone penetration as well as stronger competition from providers that “offer huge data allowances with extensive 4G LTE and 5G network coverage.”

It’s a similar story in Italy, where mobile data averages $0.12 per GB. Cable.co.uk says “A dozen or so popular providers in Italy collectively offer some of the cheapest data in the world. 5G is now available to around 95% of the population, with 4G ubiquitous.”

The top five countries with affordable mobile data include San Marino (where Italy maintains the infrastructure), Fiji and India.

recommended by our editors

South Korea, meanwhile, may be known for its lightning-fast internet, but mobile data there isn’t cheap at $12.55 per GB, the most expensive in Asia (excluding the Near East).

How to turn your phone into a Wi-Fi hotspot

Get our best stories!

sign up for what’s new now Get our top stories delivered to your inbox every morning.

This newsletter may contain advertisements, deals or affiliate links. Subscribing to the newsletter indicates your agreement to our Terms of Use and Privacy Policy. You can unsubscribe from newsletters at any time.