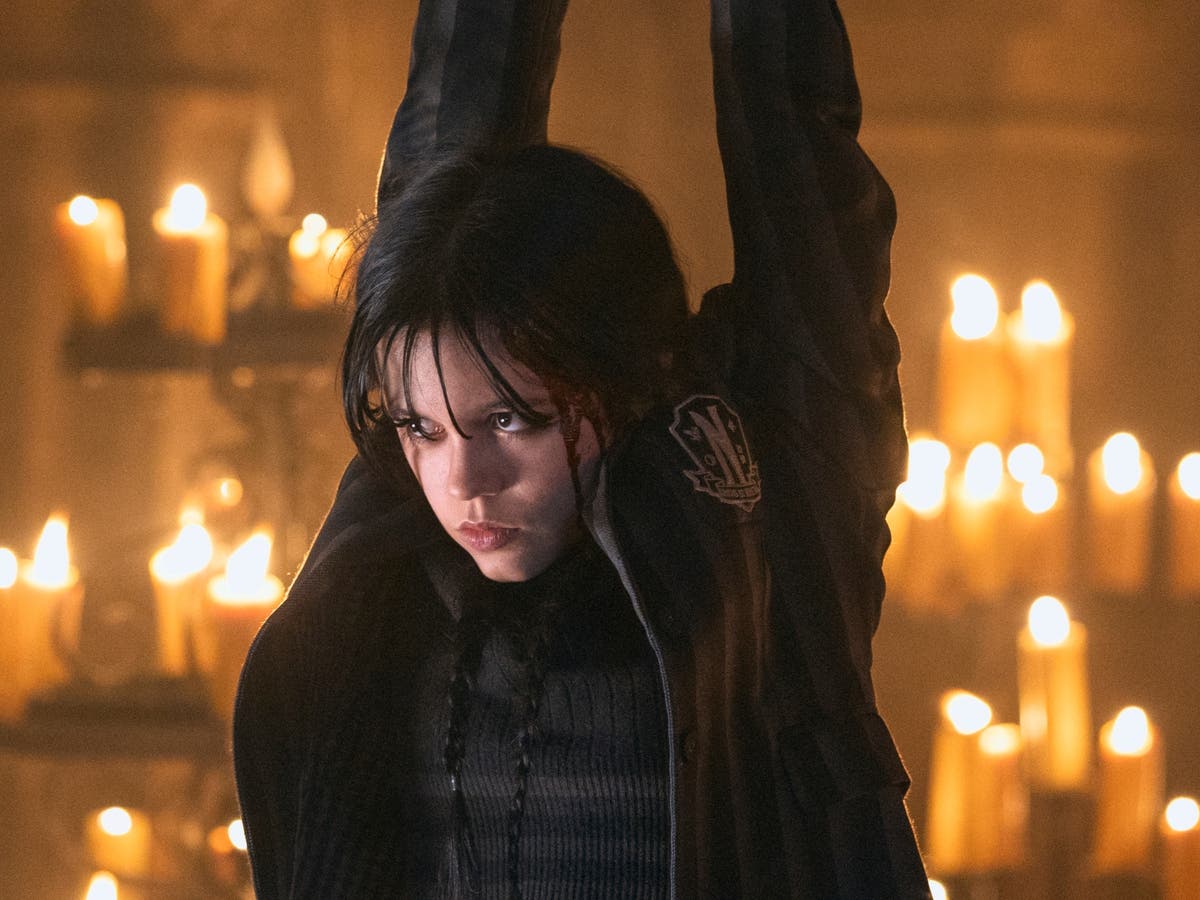 Jenna Ortega reveals she had a line Wednesday that he refused to say.

The line in question appears in the fourth episode of the series, which is based on her school’s annual dance.

A dress is seen in an antique shop window as Wednesday walks out with the Thing.

Later in the episode, she is hunting around her room for something to wear, and finds that the Thing stole the dress for her.

She gives the disembodied hand a grateful look — but it turns out that Ortega used to have one line of dialogue during the sequence.

During a Netflix Q&A the actor said, “I remember there’s a line where I’m talking about a dress and in the beginning she was about to say: ‘Oh my god, I’m freaking out over a dress, I really hate myself’.” ,

“And I was blown away because it seemed … it was a bunch of little things like that,” she explained. “I felt like we were able to avoid a lot of dialogue trying to humanize her voice.”

Fans of the series praised Ortega for making the cut, with many agreeing that it did not work for his usually deadpan character.

A fan on TikTok wrote, “Gotta give credit to the actors who sometimes know their characters better than the writers.”

The same episode featured what may be the most talked-about scene of the series, in which Wednesday has a dance at the school prom.

In an interview with Jimmy Fallon, Ortega revealed that she had not been able to sleep for several days prior to filming the dance scene.

“I felt such a fool,” she said. “I’m not a dancer. I don’t do anything like that. I have no experience in that field. And then I didn’t sleep for two days.”

Wednesday has been a huge hit for Netflix, and has recently beaten serial killer drama asphalt for a major milestone of viewership.