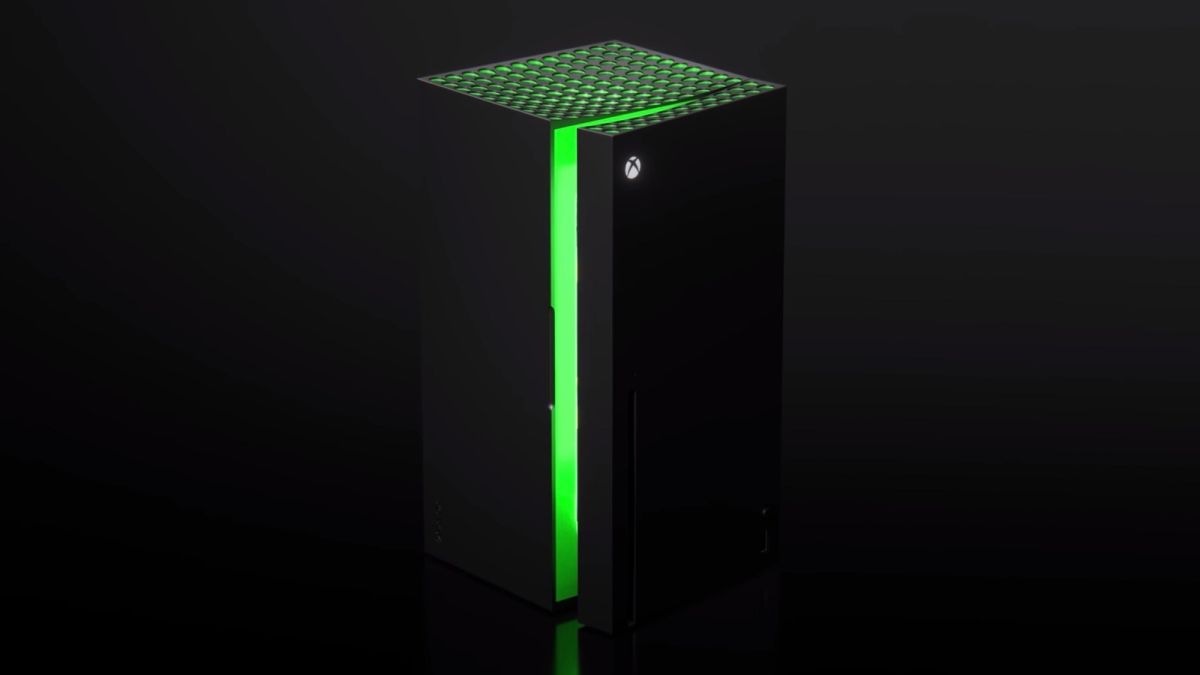 The Xbox Mini fridge shouldn’t exist, but we’re thankful it does. It is rare that a joke results in an actual product idea in the video game industry, especially when it is made at a company’s expense. But that’s exactly what happened with the Xbox Mini Fridge, which is now available for purchase.

When the Xbox Series X was introduced to the world – with its massive, rectangular shape – users on social media immediately console compared to fridge, So instead of going back on design, Microsoft embraced the fun and went on to create a massive Xbox Series X fridge for players to keep their snacks cold during any gaming session.

Xbox Mini Fridge is now available. It was supposed to release during Holiday 2021 (which is between November and December) but got pushed to January 2022.

The Xbox Mini Fridge is designed to look exactly like the Xbox Series X, and in many ways, it reflects that aspect. You’ll find everything you’d expect to see on Microsoft’s flagship console here, including a working front USB port that can power devices like your smartphone. The Xbox Mini Fridge’s power button and top vent can also be illuminated independently, giving the unit a more refined look.

There’s a switch on the back of the Xbox Mini fridge that lets you turn on the device and choose eco or max mode. Both modes exhibit a fairly audible amount of fan noise, but the Eco mode isn’t overly obnoxious.

Inside, there’s room to store up to 12 soda cans thanks to its 10-liter capacity, and just inside the door are some removable shelves to hold some snacks. The Xbox Mini fridge does a good job of keeping everything cool, but condensation can form inside, as highlighted by a warning label inside.

Xbox Mini Fridge: Where to Buy

The Xbox Mini Fridge is only available at Target in the US and Games in the UK. Both retailers have struggled to keep the product in stock, as it has proved very popular with fans who want a piece of unique memorabilia or simply want a mini fridge as part of their setup.

Why did Microsoft create the Xbox Mini Fridge?

The Xbox Mini Fridge got the green light after Xbox marketing chief Aaron Greenberg promised to manufacture the product if the company won Twitter’s #BestofTweets contest, which it did by the narrowest margin of 50.5% to 49.5%. To encourage more votes, Greenberg said that Xbox mini fridges would go into production if the brand came out on top. The rest, as they say, is history.

Is the Xbox Mini Fridge Worth It?

The Xbox Mini Fridge is a new product and will definitely appeal to Xbox fans. Yes, it functions as a mini fridge, but it’s not a class-leading device, so keep that in mind. The fan noise can be distracting for some people, but if you have the Xbox Series X Mini Fridge set up in another room, it won’t be a problem. Still, some really cool design flourishes like an illuminated power button and top fan with a working USB port add a lot to the Xbox Mini Fridge’s overall appeal.