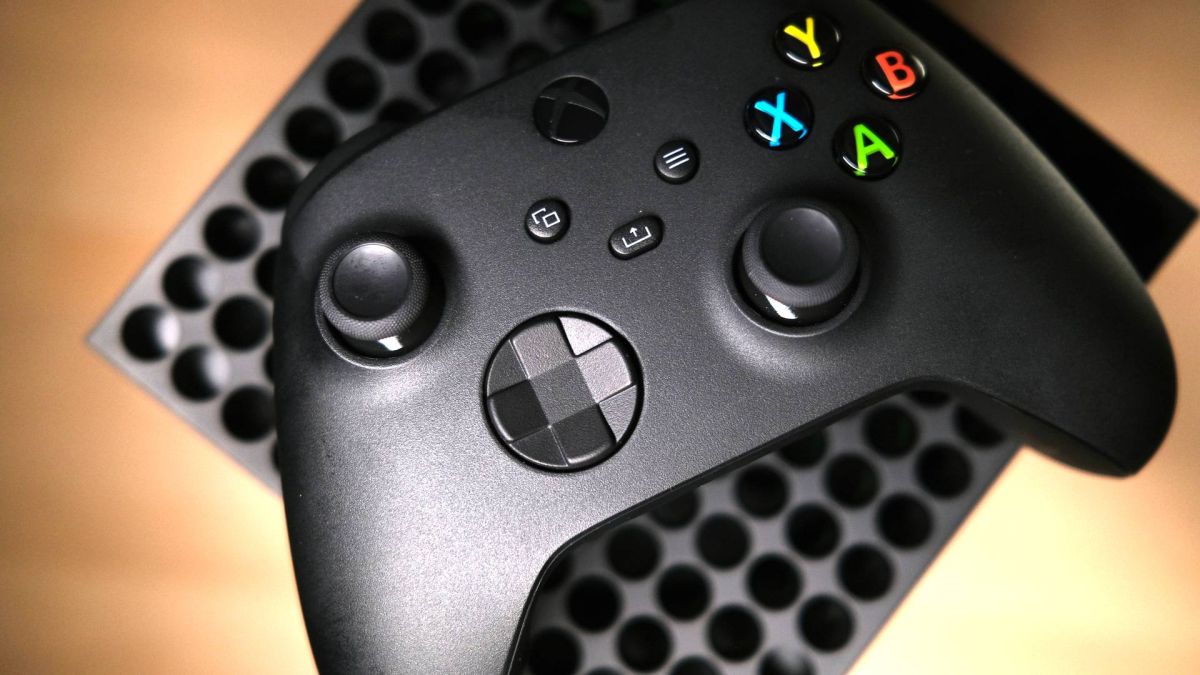 Microsoft is working on an Xbox Streaming Stick, codenamed Keystone, and it aims to bring Xbox Game Pass into as many homes as possible.

While the feeling of unboxing a new console like the Xbox Series X or PS5 for the first time is unmatched, the age of traditional consoles is coming to a close. Cloud gaming is going from strength to strength, and with Microsoft’s Xbox Game Pass Ultimate now integrating the company’s Xbox cloud gaming streaming service, an Xbox Streaming Stick looks like the next step.

We say big, but it might physically be the company’s smallest device yet, which is certainly impressive considering how small the Xbox Series S is. An Xbox Streaming Stick will have a lot more in common with the Xbox Series X than a Roku Streaming Stick or Amazon Fire TV Stick. But how will it work, when can we see it, and will it be worth the wait?

Is Microsoft Working on an Xbox Streaming Stick?

The first piece of the puzzle sits with Microsoft’s cloud gaming technology, known as Xbox Cloud Gaming. Now officially integrated into the Xbox app for smartphones and tablets, as well as available on PC, an Xbox Game Pass Ultimate subscription lets you stream games instantly from the cloud across mobile, console and computer devices.

Xbox cloud gaming will soon become a feature of regular Xbox console hardware, from the Xbox Series X all the way up to the previous-generation Xbox One console, allowing players to play the latest, most advanced games through the power of their Internet connection that does not matter. no matter how old their device, and bypass the initial download wait usually required to jump into the game.

At E3 2021, Microsoft revealed its intention to move beyond its traditional console hardware platform to its cloud gaming services.

“Xbox is working with global TV manufacturers to embed the Xbox experience directly into Internet-connected TVs, with no additional hardware required other than a controller,” it said in a press release. Ready to stream games from the cloud. There’s already precedent for this from Samsung, which offers the Steam Link app on its web-connected TV sets.

On top of this, and most importantly, Liz Hammeren, CVP of gaming experience and platforms at Xbox, revealed that Xbox is also “developing standalone streaming device That you can plug into a TV or monitor, so you can stream your Xbox experience if you have a strong Internet connection.

For those who can’t afford the highly sought-after new console, can’t upgrade their TV to get the new television apps, or simply can’t afford the high cost that such devices typically require Yes, this could be an excellent entry point into the Xbox Game Pass ecosystem. Simply find an empty HDMI port on your existing TV, plug in the dongle, and you can access hundreds of Xbox games through a Game Pass Ultimate subscription.

“We’re doing all this because Game Pass works,” says Hammeren. “It works for consumers, and it works for publishers. With Game Pass, players spend 20% more time playing games. They play 30% more genres, and 40% more overall play games, including games outside of their Game Pass membership. In a recent survey, we found that more than 90% of members said they played a game they wouldn’t play without Game Pass.”

Since then, Microsoft confirmed that its Xbox Streaming Stick is still in development back in May 2022, codenamed “Keystone”. windows central answer (opens in new tab) The report, which confirms that the device offers a “modern HDMI streaming device,” saw Microsoft release this statement:

“Our vision for Xbox cloud gaming is unwavering, our goal is to enable people to play the games they want, on the device they want, wherever they want. are working on, codenamed Keystone, which can be connected to any TV or monitor without the need for a console.”

What can we expect?

The streaming stick market is in a race to the bottom in terms of price. Whether you’re looking for a Google Chromecast, Amazon Fire Stick, or Roku Streaming Stick, these relatively low-powered dongle devices are sold cheaply because their makers intend to make money back through the content they sell.

In the case of the Xbox Streaming Stick, it will have a built-in money spinner in the form of a Game Pass Ultimate subscription required to access cloud streaming services. Although Microsoft will be keen to recoup the slightly larger margins associated with selling traditional consoles, the low-cost stick hardware could make the service attractive to those who traditionally wouldn’t splash out on gaming gear. This is not taking into account however the ability to bundle in a controller with any Streaming Stick package.

It may also appeal to those who turn up their noses at the idea of ​​having a large console box under their TV. Streaming sticks are small, USB-powered dongles that take up an HDMI port on your TV and measure just a few inches long. They’re pretty much hidden from view at all times and, in the case of the proposed Xbox Stick, would only require an extra Xbox controller to work.

Streaming sticks are often relatively low-powered and, with Xbox cloud gaming currently only targeting 1080p, Full HD streams won’t need a huge amount of onboard processing power to feel snappy – provided the user has Internet connection should be stable and fast. The Xbox One could make a bigger streaming device, like the Amazon Fire TV Cube or Apple TV 4K, and add oomph to support 4K streams at a later date.

But it will drive up the price, and any streaming device will start cannibalizing the market space the cheaper Xbox Series S is currently targeting. It seems likely that, given consumers already understand the point and usefulness of streaming sticks, Microsoft could get the Xbox Streaming Stick to market relatively quickly.

But the hurdle has been getting people to buy into the concept of cloud gaming — it was difficult enough to get gamers behind the concept of digital purchases on physical releases, an idea that’s only now starting to feel like the norm. Cloud gaming has to contend with the fact that if your web speeds are running slow or inconsistently, performance is going to suffer.

The Xbox’s cloud technology is among the most advanced and stable we’ve ever seen, but Microsoft would like to feel confident that it’s educated its audience well enough to expect — and that the broadband market pace is generally up to par. can be expected to be maintained. Cloud gaming demand.

When will the Xbox Streaming Stick be released?

Microsoft hasn’t officially unveiled when it will release the Xbox Streaming Stick, but rumors abound. Jeff Grubb of VentureBeat and Tom Warren of The Verge both claimed in May 2022 that Microsoft is set to launch the device in the next 12 months. This means that we could see the streaming dongle hit by mid-2023.

The launch date is quite surprising considering the Xbox Series X and Xbox Series S were only released in the tail end of 2020. Microsoft will be keen to sell as many Xbox consoles as possible before releasing this cheap streaming option. If the Streaming Stick is released by next year, it will save a lot of potential customers from having to fork out for expensive hardware.

According to Grubb and Warren, Microsoft will launch the stick as part of a broader Xbox Everywhere project, an initiative designed to extend the reach of Xbox cloud gaming to more devices, markets and players. The idea is to make Xbox streaming more accessible than ever by giving potential players, who would otherwise be locked down by the cost of expensive gaming hardware, an affordable means of getting aboard Xbox Game Pass.

While a 12-month time frame may seem broad, it’s best to take this questionable launch window with a pinch of salt. Microsoft has yet to officially announce any sort of release window, and Xbox boss Phil Spencer has been known to outdo himself in the past.

they talked before (opens in new tab) The upcoming Xbox TV app surfaced back in November 2020, suggesting that it is expected to appear within 12 months. Well, it’s been 12 months now, and we still don’t have any native Xbox apps for Smart TVs. Let’s hope that Xbox Everywhere is the project that finally puts the app and Xbox Streaming Stick in our hands.