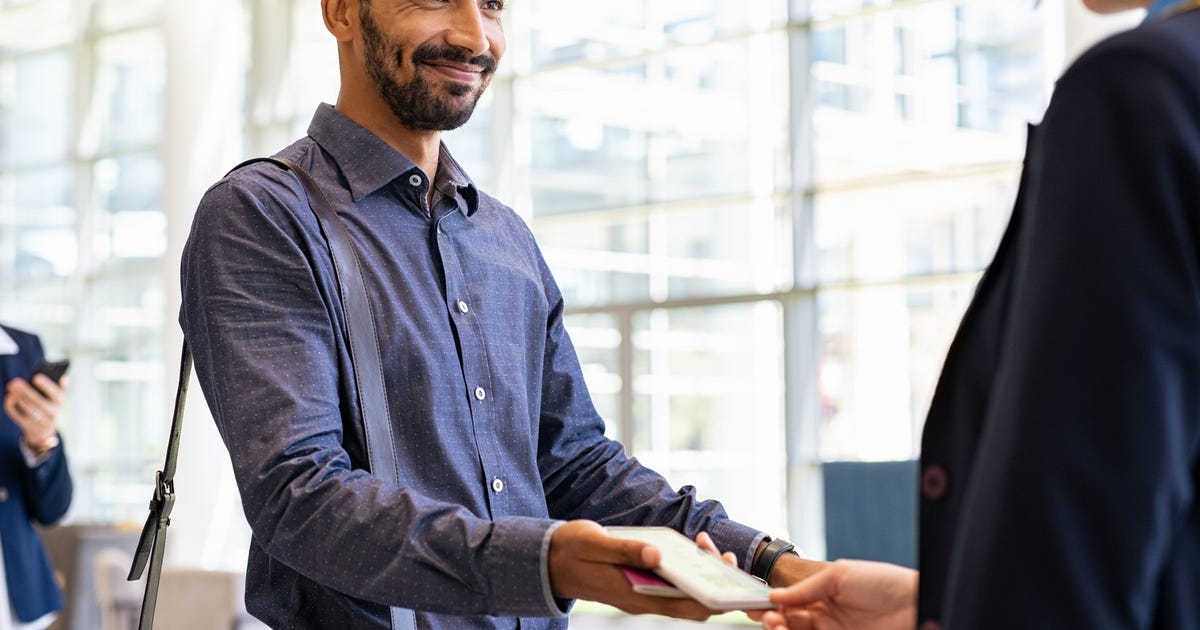 “Adding driver’s license and state ID to Apple Wallet is an important step in our vision to replace physical wallets with secure and easy-to-use mobile wallets,” said Jennifer Bailey, vice president of Apple Pay and Apple Wallet. in a statement in 2021.

It’s not yet a universal game-changer: While 12 states have committed to digital IDs, only three have started officially accepting them. And while the airport you depart from may accept the license on your Apple Watch, you may not be accorded the same courtesy on the return trip.

The Transportation Security Administration is already supporting the technology at selected airport security checkpoints. So it’s really a question of when, not if, the option will become standard nationwide.

Here’s what you need to know about putting your driver’s license in your Apple Wallet, including how to do it and which states recognize the digital ID. For more information on travel visit Eleven things that should be on everyone’s travel checklist And Difference Between TSA PreCheck and Global Entry,

How do I add my driver’s license to my Apple Wallet?

Apple built the technology into iOS 15 for iPhone to upload your ID to your Apple Wallet. The process is similar to how you add a new credit card.

First, tap on the “Plus” button at the top of the screen in Wallet. (If you have an Apple Watch paired to your iPhone, it will ask you about adding your license there as well.)

You’ll then scan your physical driver’s license with your iPhone’s camera and take a selfie, “which will be securely provided to the issuing state for verification,” according to Apple.

You will also be asked to complete a series of facial and head movements “as an added safety step”.

Once your ID is verified by the state that issued it, it will be added to your wallet.

To be able to add your license or ID to Apple Wallet, it will need to be issued from a participating state. In addition, you will need:

In addition, only with passengers TSA PreCheck Their boarding passes are eligible for Flash digital licenses, according to the TSA website, though the agency said it plans to add the option for other passengers in the future.

Only one license or ID can be added to an iPhone and paired Apple Watch at a time.

Apple initially announced in 2021 that eight states were participating in the program, then increased the number to 12 this year.

but they are states committed As for accepting Apple Wallet ID, it currently does not.

Currently, only Arizona, Colorado and Maryland support the digital identification feature — and only at select security checkpoints at these airports:

Connecticut, Georgia, Hawaii, Iowa, Kentucky, Mississippi, Ohio, Oklahoma and Utah have all agreed to support the initiative, as has Puerto Rico, although specific timetables have not been announced.

Other states are expected to join this roster: Last year, Bailey said that Apple is “already in discussions with several more states.”

And in November, the South Carolina Department of Motor Vehicles said it was “exploring” digital ID alternatives.

“There is a provision that has formed a study committee on the idea and they are still in the process of researching it,” spokeswoman Maranda Williams told The State, a Columbia, South Carolina, news outlet.

Separate from Apple’s efforts, some states allow residents to upload their driver’s licenses to their phones through state-run apps like Louisiana’s LA Wallet. But these are for driving and age verification purposes and have not yet been accepted by the TSA.

How do I access the license stored in my Apple Wallet at TSA?

To present your Digital ID, tap your iPhone or Apple Watch on the identification reader at the security checkpoint.

You will then be asked to authenticate your identity with Face ID or Touch ID.

If this is successful, a checkmark should appear on the screen.

According to Apple, “You are not required to unlock, show or hand over your device [to a TSA agent],

Is this technology safe?

According to Apple, it is.

The company says the program uses the same privacy and security features already in the iPhone and Apple Watch to prevent tampering and theft.

“Your driver’s license or state ID data is encrypted,” reads a statement on the Apple Support website. “Neither the state issuing authority nor Apple can see when and where you use your license or ID, and biometric authentication using Face ID and Touch ID helps ensure that only Only you can see and use your license or ID.”

“Digital identification has the potential to strengthen airport security and enhance the passenger experience by reducing touchpoints, providing greater privacy and verifying IDs more accurately,” the agency said in a statement.

My state accepts Digital ID. Do I still need my physical license at the airport?

Yes. The program is still in its infancy, and there is no guarantee that the checkpoint you use will be set up to accept a driver’s license on your Apple Wallet.

According to the Transportation Security Administration’s website, “all passengers must have their physical driver’s license readily available”. “The TSA officer may require this physical ID in addition to the digital ID.”

Where else can I use my Digital ID?

with him iOS 16 rollout In June, apps that require age or identity verification will now be able to accept ID cards stored in your Apple Wallet app, Apple said. According to MacRumors, Uber Eats and car-share service Turo were cited as two apps that could potentially offer this functionality, but neither has officially done so.

Apple said that retailers, restaurants and other places will use the feature in the future.

Digital IDs are not currently accepted by police or motor vehicles departments.

I have an Android phone. Can I upload my ID to Google Wallet?

In a December 2022 system update, Google announced it was beta testing a feature that allows Android phone users to upload their driver’s licenses to Google Wallet “for a convenient, private and secure presentation”.

Google said the feature would be available in “selected US states,” without specifying which ones or when.