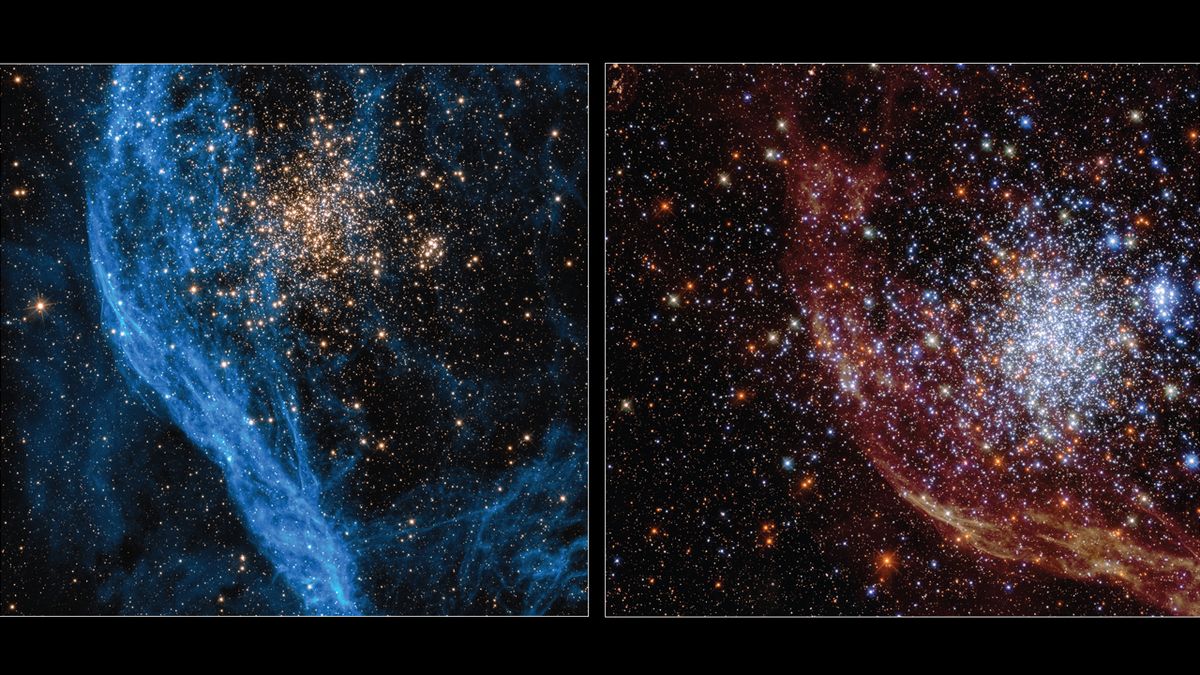 When the first stars in the globular cluster NGC 1850 formed about 100 million years ago, they ejected gas and dust into space. But their collective gravitas was widespread. And so, the cluster held on to the clumpy material and attracted even more stellar building blocks from its surroundings. This gave rise to the second generation of stars.

NASA officials shared this story (opens in new tab) Along with two images of the cluster from the Hubble Space Telescope. Each image is a unique spectacle, and uses different colors to highlight different pieces of unseen information.

The near-infrared observations (blue) and near-ultraviolet data (red) allow astrophysicists and enthusiasts to see wispy regions—what NASA calls “nebulosity”—that otherwise could not be seen with the human eye. Astrophysicists believe that these are composed of diffuse gas and dust from supernova explosions.

Different stars are shining in both the pictures as well. The smaller ones include the bright blue stars, seen in red to the right of the image. According to NASA, they “burn hotter and die younger” than the red stars seen in the same image.

The space agency said that about 200 red giants exist. They glow red when their outer layers expand and cool, NASA said, because they have aged enough to run out of hydrogen in their centers and are now pulling hydrogen away from their cores.

According to NASA, in 2021, scientists discovered a black hole in this globular cluster.

Hubble peered into the Dorado constellation to see this scene. It provided a location 160,000 light-years away, located in a small satellite galaxy near the Milky Way known as the Large Magellanic Cloud. It is visible in the Southern Hemisphere, and looks like a strange speck in the night sky.