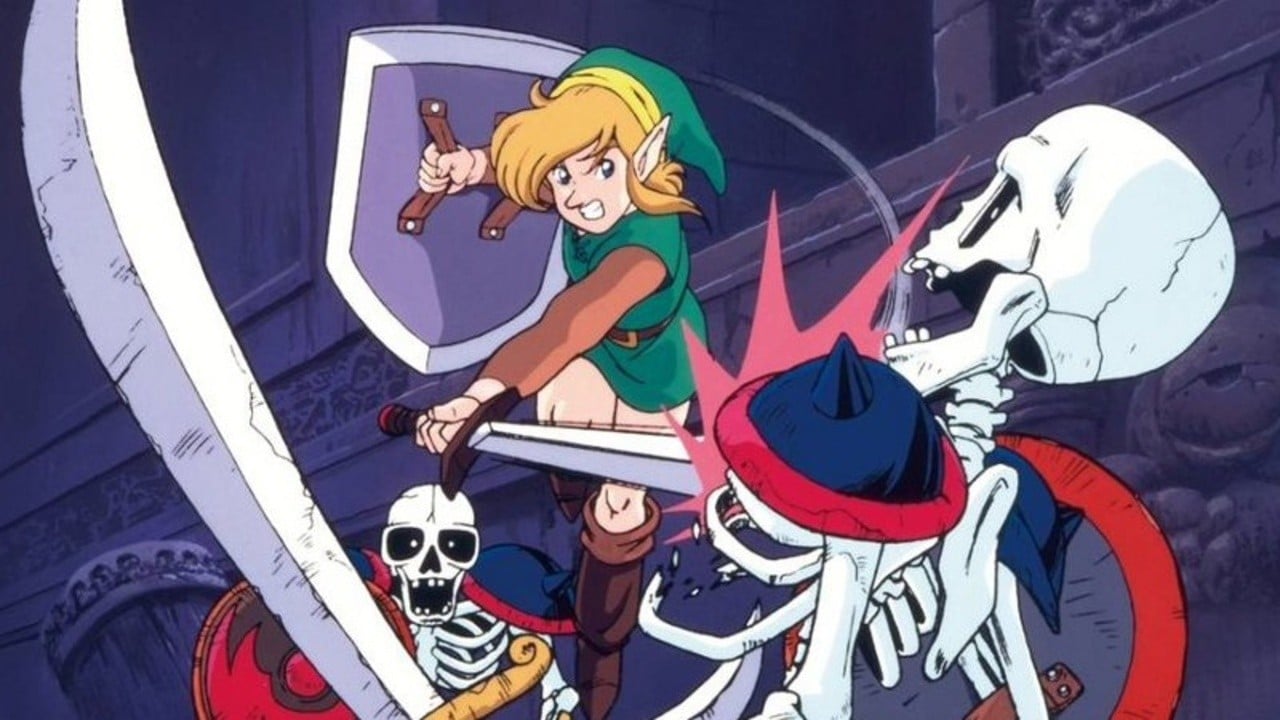 If you’ve ever wondered what classic game art might look like if it were brought to life, here’s a great example. American animator parker simmons The Legend of Zelda: A Link to the Past has turned the SNES manual and other materials into a living, breathing animation.

The results are absolutely stunning – with the artwork of the Super Nintendo action-adventure from 1991 brought to life. Many Zelda fans on social media have been requesting an official cartoon in this style, rather than the one we actually got.

Simmons revealed that the ‘Link vs. Stalfoss’ fight was animated in Adobe Animate, had about 110 symbols, 70 frames, and the music was taken from the 90s “Sound & Drama” Zelda CD. Perhaps most surprisingly, SFX has been ripped from Dragon Quest VIII, but it fits! Note: It looks like this original art was taken from The Legend of Zelda: Art and Artifacts Dark Horse book released 2016/17.

Based on this original artwork. pic.twitter.com/YlSTNPl9ii— Parker Simmons (@parkerrsimmons) January 12, 2023

In addition to the beautifully animated ‘Link vs. Stalfoss’ fight, Simmons shows Link exploring the dungeon and talking to a sage:

Link talks to a sage from The Legend of Zelda: A Link to the Past. It was a lot of fun figuring out how to translate some of this into animate. pic.twitter.com/ft8CDceM6y— Parker Simmons (@parkerrsimmons) January 6, 2023

Parker Simmons is best known as the creator of the Cartoon Network animated series, Mao Mao: Heroes of Pure Heart, they have also worked ok! as a writer and in several other roles including voice work.

If you’d like to see some The Legend of Zelda: A Link to the Past artwork in its original condition, there is actually an original PDF manual that you can access on Nintendo’s official website. And just remember, you can also play the SNES classic A Link to the Past via the Switch Online service. You’ll need a subscription, of course.

Who knows if we’ll ever see something like this again? With Mario now making his way to the big screen this April, perhaps Link has a chance to leave behind the television cartoon series from the late ’90s and write a new chapter in his screen history.

When he’s not paying off debts to Tom Nook, Liam loves to report on the latest Nintendo news and admire his library of video games. His favorite Nintendo character used to be a dog playing a guitar, but nowadays he prefers to hang out with Jude the Cat.